Bono has shared his admiration and praise for legendary rocker Sir Mick Jagger. He has also mentioned how he “loves his wrinkles.”

Bono has great admiration for Sir Mick Jagger and has recently admitted that he is slightly envious of the Rolling Stones rocker’s deep facial lines, because he believes they make the star more refined in his old age. 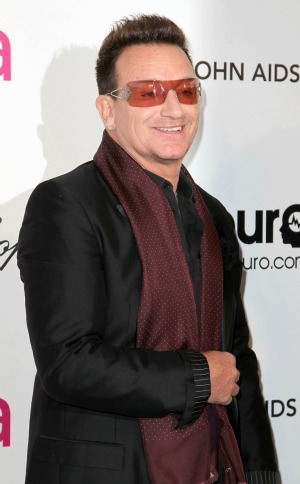 The U2 frontman said in an interview with Germany’s Die Welt newspaper,”Mick looks a bit like [Russian dancer Mikhail] Baryshnikov, like a ballet dancer from a different age. At the same time he still has a very beautiful face.

“The wrinkles that run through it now have made it even more beautiful. Why? Because he wears those wrinkles well. I love his wrinkles.”

Well they do say that you get better with age, so perhaps Bono has a point?

Bono showed his admiration and praised Jagger and his band for their incredible success over the last 50 years.

Bono also admires the veteran rockers’ business-savvy nature and the fact that he has maintained the Rolling Stone’s finances.

Bono added to Die Welt, “People despise Mick because they think he only thinks about money, but he is a businessman above all else. The fact is, he understands the business. Why? Because the Stones lost a lot of money in the beginning. I have to kneel in reverence to what he has achieved.”

He continued, “What I like about him as a person is that he always speaks his mind openly and he never talks much about himself. He is not a narcissistic person.”

Although U2 surpassed The Rolling Stones to claim the highest grossing concert tour of all time in 2011 with their 360 tour, Bono still has deep respect for the legend that is Sir Mick Jagger.