Drinking Buddies stars Olivia Wilde and Jake Johnson as two friends unable to take their relationship to the next level. SheKnows has an exclusive clip that features these non-lovebirds in action. 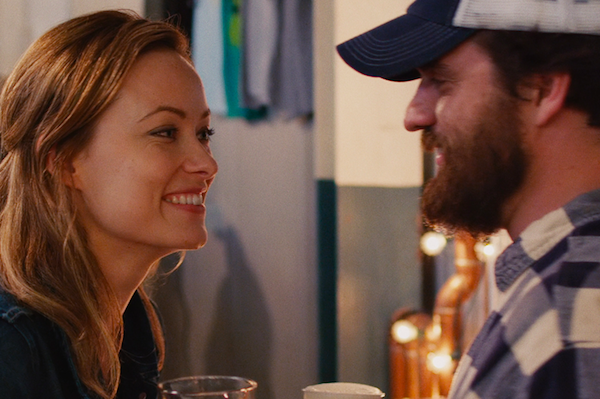 In Drinking Buddies, Olivia Wilde and New Girl‘s Jake Johnson have a unique friendship. They work at the same establishment and love alcohol. But there’s something more that binds them together.

Unfortunately, Kate (Wilde) and Luke (Johnson) are in committed relationships — with other people. Yet they can’t deny their connection to each other. One weekend, they end up spending quality time together and are forced to face the elephant in the room.

Friends with benefits: The next step >>

In the following clip, we get a glimpse of their dynamic. We also learn of their true feelings about dating and love. There’s definitely some noticeable chemistry between them and it’s not platonic.

Check out the exclusive clip below:

“We tried to make a movie that was a romantic comedy that wasn’t stale like I think a lot of romantic comedies are these days,” Swanberg confessed. “I happen to be a big fan of that genre, but the kinds of movies I’m interested in making are more realistic and less expected than what’s out there. There’s a super-easy formula to follow, and we tried not to follow that formula.”

The film is currently available on VOD, On Demand and iTunes. For a list of all viewing platforms, visit magpictures.com/ondemand. The film is scheduled to open in theaters Aug. 23.