On Thursday, Amanda Bynes’ parents took a step towards gaining conservatorship over various aspects of their daughter’s life. It’s another chapter in her sad tale. 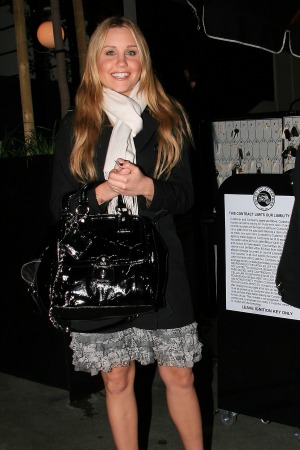 With Amanda Bynes placed on a 5150 psychiatric hold in California, it appears it was the time for her parents to take action. In breaking news on Thursday, the couple filed documents seeking control over certain aspects of the troubled actress’s life.

According to TMZ, the papers were filed in the early afternoon on Thursday. They are seeking to have the authority to make decisions for their daughter while she is incapacitated. It is unclear at this time what areas they are seeking to control.

This filing was the result of an incident on Monday when the former child star set fire to a woman’s driveway in Thousand Oaks, California. Cops who were called to the scene decided that her own safety was at risk after noticing her mental state and burned clothing.

The involuntary hold was supposed to last just 72 hours while doctors evaluated Bynes, but the hold will most likely be extended for two weeks for further testing. A source told TMZ that the 27-year-old is exhibiting signs of schizophrenia.

Anthony Weiner and this week’s others SNL-worthy material >>

This sad tale has been a long saga for Bynes and her family. From arrests to bizarre messages on social media, the fall has been a hard one to watch for her fans. Hopefully, this will be the beginning of a new chapter for the former Nickelodeon star.

Britney Spears was also placed on a 5150 psychiatric hold back in 2008. Her father successfully gained conservatorship over her estate and life. It is a role that continues to this day. Spears has moved forward with her life that includes her young sons and an upcoming gig in Las Vegas.

As for Bynes, there will be a court hearing on Friday for her parents to try and help their daughter.