When the faux Daria movie trailer starring Aubrey Plaza surfaced on the internet, it quickly exploded. It wasn’t just a blimp on our radar, it was a siren. And we wondered: Why can’t it be real? And why can’t they bring back a few of our other favorite shows?

The idea of a Daria movie is pretty much the best thing ever, right? The cartoon held us captive for five brilliantly deadpan seasons and then it just disappeared. What happened to Daria and her friends? Whether animated or live-action, we’d love to know.

And thinking about a Daria movie led to another thought: Didn’t Veronica Mars just do the same thing? They started a Kickstarter fund, raised a crap-load of money and now they’re making a movie based on a cult hit TV show. Brilliant!

More on the Veronica Mars movie >>

So, what other shows should start a Kickstarter to help fund a movie? Talk about a can of worms… 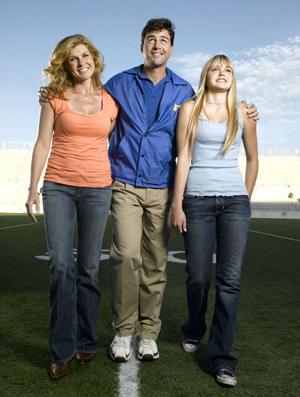 Yes, Friday Night Lights started as a movie. Whatever. FNL fans still want another. They want to see what happens with Coach (Kyle Chandler) and Mrs. Coach in their new school. They want to see Riggins (Taylor Kitsch) get his life together, live off all that land and become something respectable. They want to see Julie and Matt end up… wherever they end up. We also want to know what happened to Luke Cafferty (Matt Lauria)… to know he came out OK on the other side of his military career. Why hasn’t this happened already? We’d happily throw a paycheck into that account.

Is an FNL movie already in the works? >>

We’ve said it before and we’ll say it again: This show ended too soon. By a few episodes in, we bonded with the gang and 18 episodes was not enough time to spend with our new band of misfit friends. Did Lindsay go to the University of Michigan for the academic summit? Did Daniel ever graduate high school? Did Nick continue to pursue disco? These questions are burning holes in our souls! We just need one movie to fill the gaps, share the outcomes of our favorite characters and give us a cleaner ending.

Judd Apatow hasn’t always had the luck he’s had with Lena Dunham’s Girls. Not only did Freaks and Geeks do poorly, but so did Undeclared, another show he took part in. The biggest difference between F&G and Undeclared is that Undeclared followed college students and was set in the present instead of the ’80s. It cast some pretty big names, too, including Seth Rogen, Charlie Hunnam and Loudon Wainwright III. There were even guest appearances and recurring roles from Amy Poehler, Jason Segel, Busy Philipps, Will Ferrell, Felicia Day, Ben Stiller and… Ted Nugent. We’d be down for a “where are they now?” piece or a movie with the same premise but new faces.

We still don’t understand what the heck happened with Kyle XY! For three seasons, Kyle was one of ABC Family’s highest-rated and most-watched shows. We watched Kyle grow from a clueless, goo-covered boy with no memories to a hero of sorts and loved every minute of his fantastically awkward but swoon-inducing life experience. Season 3 ended with a major cliff-hanger and then… it never returned. WTH, ABC Family? 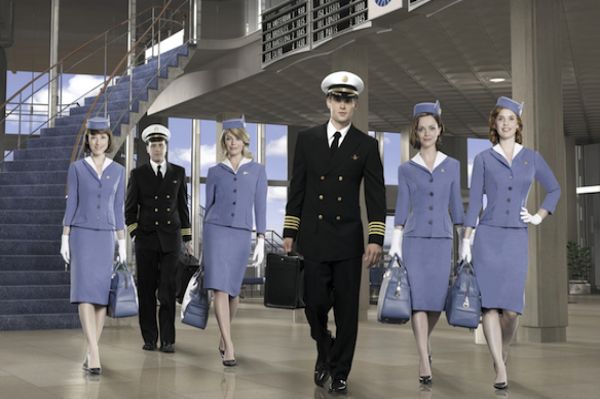 This is another cancellation we just can’t explain or comprehend. It was clearly popular: They’re still selling Pan Am artifacts and accessories on the internet. And Mad Men is a clear indication that the era is well-loved. And what’s not to love about exotic locales and hot pilots? While we wish they’d just bring back the show, we’d settle for a really long movie to finish putting everything in its proper place.

We tried to re-watch this show a few years ago. The melodrama and cheesiness was a bit hard to handle. And, yet: We still want more. It’s another show that only lasted for one season, despite the amazing characters and relatability. In high school, we were Angela (Claire Danes) and, most likely, we were all in love with a Jordan Catalano (Jared Leto) and had a crazy friend like Rayanne. Interestingly enough, we could easily see the follow-up movie featuring versions of Angela and Jordan leading very similar lives to the ones their actors are currently living. When the show was canceled, it was due (in part) to Danes’ unwillingness to continue in the second season. We wonder if she’d be open to a movie now?

OMG. We miss this show so much! The production was so colorful and surreal. It was like stepping into munchkin land when you watched each episode. Can you image what it would be like with a movie budget?! And how can you not appreciate the fact that, for once, a television romance was based on something other than sexual attraction? Pushing Daisies was just too perfect not to exist anymore.

There have been so many great shows that were canceled far too early (even though a couple had pretty decent-sized stints). This list could go on for days. Here are a few more we’d like more of… or at least a better ending, either with a movie or more seasons: Twin Peaks, Firefly, Off the Map, Rules of Engagement, Happy Endings, That ’70s Show (we’ll always want more Kelso, Foreman, Hyde and Fez) and Saved By The Bell.

Image courtesy of WENN and ABC