Okay, we know it’s a big clear dome that no one can escape from, but the show has also clued us in to a few other things. Here’s what we know and what we think we might know so far on Under the Dome. 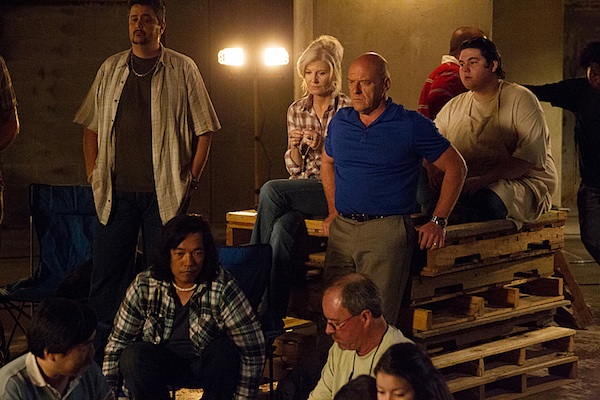 The creators of the show are quick to point out that even if you’ve read the book and think you have all the answers about the dome, you don’t. From the beginning, Under the Dome has made it clear that while they’re paying homage to Stephen King‘s novel, they’ve also made it their own interpretation. Nothing is certain. Here are the clues we have about the dome so far:

Water can get through

Remember when they were hosing down the dome in the beginning of the season and Joe realized that mist was coming through on the other side? We know the dome isn’t a completely solid surface. It’s allowing little particles to trickle through. That doesn’t mean much for humans, but it might be important for the overall picture of what the dome is actually made of. Has anyone taken a microscope to the surface yet?

Nukes don’t do anything

As we saw in last week’s episode. The nuke exploded, destroying who knows how much of the United States, while the dome stood in pristine condition with the citizens of Chester’s Mill tucked safely inside. Maybe the government should have done a little more research before they decided to blow up part of the country. Just a suggestion.

“Pink stars are falling in lines”

Huh? Yeah, we don’t get it either. But there’s gotta be some big revelation here we just aren’t seeing. Obviously, the whole thing has something to do with the kids. Norrie and Joe are the only ones who go all twitchy when they touch, but we haven’t confirmed yet whether it affects other children or just them. My guess that the young adult crowd would all have some kind of reaction.

It isn’t the U.S. government

They’re freaking out about it more than the trapped citizens are (in case you couldn’t tell from the nuke they dropped). The dome really hasn’t been up long enough for them to be trying to blast the thing away. If this was their scheme, they clearly made a mistake. A big mistake. We don’t think they were involved at all, though. At this point, they’re just as clueless as the rest. 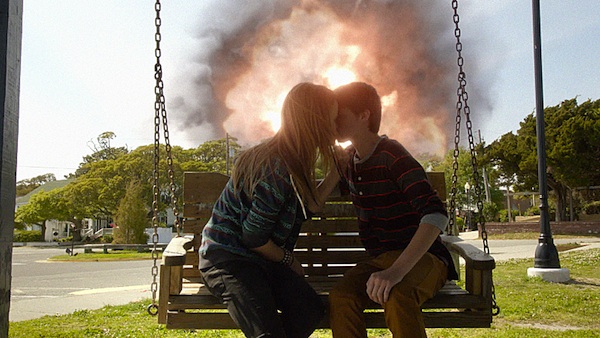 It’s probably not from this world

If a nuke couldn’t even take it down, it’s likely a substance Earth has never seen before. Knowing mastermind novelist Stephen King, it’s probably from an alien race, alternate dimension or somewhere we could never even think of thinking.

The dome affects the magnetic field, which attracts the monarchs off-season and sends the U.S. government into a tizzy. Hence, the nuke. But it was an interesting finding because it suggests the dome has some kind of energy. Granted, it’s been a while since I took physics (writer here), but the magnetic field suggests the dome is moving, perhaps around on itself, meaning it might not be so much of a sphere as something circulating quickly enough to create the barrier. Yeah, I’m getting technical, but this one clue has got me thinking the most about the dome puzzle. It suggests there’s a center that the dome is radiating from.

First Duke and now Lester. The town has been warned. It’s probably better to be deaf than risk getting the electronics in or on your body close to the thing. They tend to go boom, and quickly. This clue seems to go right along with the information about the magnetic field. Magnets can really mess with electronics and metal.

“We don’t know all of the powers of the dome yet, do we?” Dean Norris said at this year’s Comic-Con. He was alluding to the possibility that Duke (and maybe, by default, other dead characters — *cough* — Julia’s husband) will return in some form.