Writer-producer Sam Simon is turning a negative into a positive. After being diagnosed with a terminal illness, he’s donating a huge chunk of his money to charity. 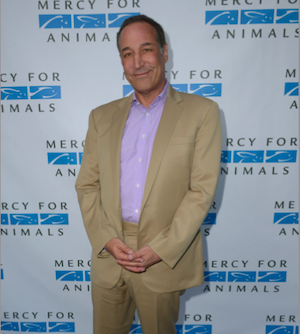 You may not know Sam Simon by name, but you’re aware of his work. For years, he was one of the writers behind the successful sitcom Taxi. He also co-created one of TV’s longest running shows, The Simpsons.

According to The Hollywood Reporter, Simon left The Simpsons in 1993 to pursue other endeavors, including philanthropy. Despite his absence, he maintained his executive producer credit, which still earns him millions each year.

He spends a lot of time with non-profits such as his Sam Simon Foundation, PETA, Save the Children and the Sea Shepherd Conservation Society.

Five months ago Simon was diagnosed with terminal colon cancer. He was given three to six months to live, so he made a decision about his future. He’s decided to donate nearly all of his Simpsons royalties (“tens of millions”) to charity.

Simon has no problem forking over money to good causes. He believes in what’s being done because he’s seen it firsthand. For example, he’s a self-proclaimed animal lover who wants to end cruel experimentation.

Don Payne, writer for The Simpsons and Thor, passes away >>

“[Animal experiments] don’t do anything, and they don’t work,” Simon said. “Veganism is an answer for almost every problem facing the world in terms of hunger and climate change. It helps people’s health. Meat is the biggest greenhouse gas producer. There’s also the cruelty and suffering aspect. When people do meatless Mondays, and when people adopt instead of buying a dog, that’s a PETA victory.”

Simon remains positive and plans to live what’s left of his life to the fullest.