Poor Kate Middleton and Prince William. They are going to be bombarded with unsolicited parenting advice. Groan. If they really want to know how to raise a happy child, they need look no further than Honey Boo Boo’s mom, Mama June. If you think a redneck from Georgia has nothing to offer the mother of the future king, you’re not seeing the big picture. 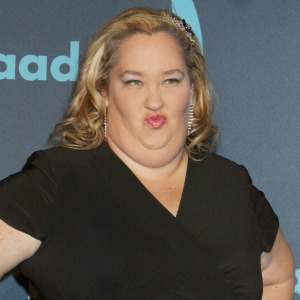 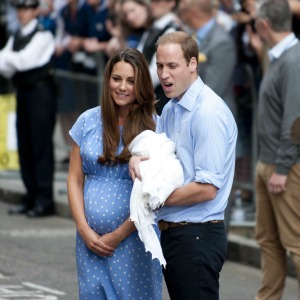 Have a sense of humor

Kate Middleton usually has a smile on her face, and it appears to be genuine, so she may have this crucial element of parenting figured out. Anyone who has been a parent for five seconds will tell you the importance of being able to laugh. In fact, many women have to lean on a sense of humor within the first couple months of pregnancy. Here are a new mother’s choices — get depressed when her ankles rival that of an elephant yearling, or laugh it off.

Some may look at Mama June as not the sharpest tool in the shed, but they would be wrong. If you look past the seemingly backwards (or backwoods) life June’s family lives, and examine the parenting and family dynamic, you’ll see a family that is strongly bonded, that laughs all the time and loves one another. Humor is a cornerstone of this family’s dynamic. We’re hoping for Kate and William’s sake they both have an excellent sense of humor. They’re going to need it, and so is baby George.

The family that plays together

William’s mother, Princess Diana, set an excellent example of first-hand parenting. We saw images of the princess and her young princes hand-in-hand playing and traveling together.

In this clip from Here Comes Honey Boo Boo, Mama June gathers her kids around the dining room table to plan “Sugar Bear’s” birthday. Sure, they have to do stuff for the cameras, but notice how comfortable Honey Boo Boo feels offering up her ideas about a Dukes of Hazard theme, and how June validates Alana’s ideas.

Another parenting lesson to be learned from this family interaction is when June says that even though she doesn’t want to drive a go-kart because she’s legally blind and can’t see anything, she’s going to “Give in just to shut them up like I always do.” Here June is teaching us a valuable lesson in parental sacrifice. New parents, even royal ones, need to know that there is going to be a lot of “giving in to shut them up.” If you think this is wrong, or you shouldn’t have to do things you don’t want to do, you’re missing the point. When June decides to drive a go-cart, Alana says, “I’m really proud of my Mama for getting in the go-cart.” In this simple example, June demonstrates that she loves her family enough to step out of her comfort zone, and she’s teaching her daughters courage.

(As a side-note, when you watch this clip we want to know — how much do you love Sugar Bear? He is a simple and sweet man who loves his family and treats his step-children as well as he does his biological daughter. He’s a bit rough around the edges, but he is incredibly accepting and has a big heart.)

Turn off the TV during a thunderstorm

We always thought turning off the TV during a thunderstorm was an old wives’ tale, but it turns out you can get electrocuted through electronics. One of June’s older daughters — “Pumpkin” — got zapped while playing video games during a lightning storm. Let the new royal parents learn two things from this — keep baby George away from anything electrical during a thunderstorm and that the debate is over — video games are indeed harmful.

According to little sister Alana, “cooked Pumpkin” is “crazy since she got whopped by lightning.” Pumpkin does and says very strange things (even by that family’s standards), but notice the extreme patience June exhibits with her daughter’s odd behavior. For example, when Pumpkin flings her birthday mashed potatoes on the wall, June reacts the way she typically reacts when the girls act up. She grumbles, “What in the hell are y’all doin’?” This is a phrase the Duchess of Cambridge may want to rehearse for when baby George does something naughty.

The key to happiness when you have a family is to lower your expectations. You type-As in the audience will balk at that, but you’ll also spend most of your parenting years stressed and frustrated. We’re not suggesting the royal parents have no expectations, as much will be expected of young George in public. What we are suggesting is that lowered expectations in the comfort of your own home, where you are free from public scrutiny, not only reduces a parent’s stress but the child’s as well.

Inside the Honey Boo Boo wedding: Hunting knives and BBQ >>

June illustrates this mindset brilliantly. The woman has seven people in a three bedroom house, they share one bathroom and most of her meals have one key ingredient — ketchup. Most of us watch that show and think, “I could never live like that.” But look at what June has figured out that has escaped so many. She’s happy. Her kids are happy. Her mate adores her. How many of us with our gourmet meals and fancy houses can say that? Mama June has realized one simple truth — happiness is a choice that often goes hand-in-hand with lowered expectations.

Sure, most of us cringe just a little bit (OK, a lot) at what Sugar Bear is hinting at when he talks about “alone time” with June. We’ll say it for you — ewwwwwww. But Kate and William would do well to remember early on that they were a couple before baby George’s arrival and they will be a couple after baby George leaves his opulent nest. If new parents don’t stay connected as a couple, they won’t be a couple for long. Whether we like it or not, we have to admit that June and Sugar Bear redneckognize this crucial part of being a parent.

Get all the latest gossip and news! Subscribe to our newsletter >>