Jennifer Aniston is looking forward to her forthcoming nuptials, however, she is undecided about inviting her estranged mother to the ceremony

Jennifer Aniston has a lot to look forward to in her life at the moment — she is soon to be married to her beau, Justin Theroux — however, she now has the tough decision of whether to invite her mother to her wedding or not? 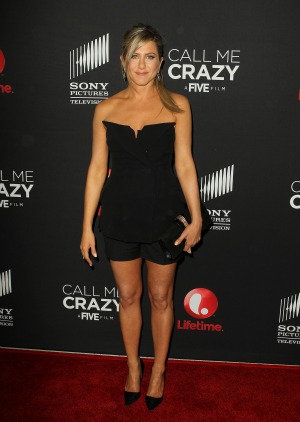 Aniston would like for her mother to be there when she walks down the aisle and she feels it would be important to completely reconcile with her mother before the big day arrives.

A source told the MailOnline website: “Right now, Jennifer is going back and forth. As it stands, she’s going to invite Nancy to the wedding — but it’s not set in stone.”

Your wedding is a big day for any women and no doubt Aniston wants to share it with her mom. Although, her mother was not invited to her first wedding to Brad Pitt.

Aniston has not had contact with her mother since 1999 after she cut her out of her life when Dow released a tell-all book, From Mother and Daughter to Friends: A Memoir.

The source added, “Justin has been instrumental in convincing Jen to reconcile with her mother. He’s encouraged her to forgive Nancy for writing a book about Jen and giving interviews about her that [Jen] regarded as excessively indiscreet.”

“Two years ago, Jen was adamant she’d never talk to her mother again. Justin has asked her to give her mother another chance especially as she’s been recovering from a hip operation.”

“Justin’s mantra is that time heals, and he’s urged her to invite her mother to the wedding.”

It certainly seems that Theroux has been a positive influence on Aniston, as he has a close bond with his own mother— which the 44-year-old actress now shares.

Theroux’s mother, Phyllis Grissim-Theroux, is trying to convince the actress to relocate to New York and the pair were spotted spending time together and having dinner in Manhattan on Monday, Feb. 23.

The MailOnline source continued, “Jen and Justin’s mother have bonded over a number of shared interests, notably trying to get Justin to curtail the speed at which he drives his motorbike.”

“But she’s also been instrumental in convincing Jen that New York is a great city.”

Maybe Jennifer Aniston will reconcile with her own mother, although, if that doesn’t happen at least she shares a bond with her mother-in-law.