Dolly Parton recently chose to undergo preventive surgery, to eliminate the risk of developing cancer in the future.

The country singer has dropped a lot of weight recently and is reported to have experienced health problems. According to the National Enquirer, Dolly Parton began struggling to eat anything other than soft foods and feared she was at risk of developing esophageal cancer. 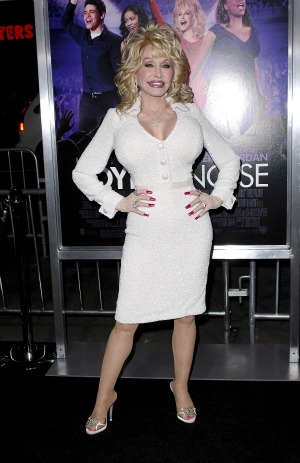 “She researched her condition and knew that, without treatment, developing cancer was a real possibility. Dolly always projects an upbeat, positive image, but underneath that she was terrified,” an source told the National Enquirer.

It is claimed that she decided to undergo preventative surgery to ensure that she does not develop cancer in the future.

Parton underwent an operation which involved the implantation of a innovative device into her esophagus — also known as a gullet — which helps food to pass from the mouth into the stomach.

The 67-year-old was worried about causing her friends and family undue concern, which is why she reportedly chose to keep the operation a secret.

“Dolly knew something had to be done — or she could die,” the source added.

“Her weight was dropping dramatically, she was chugging anti-acid medication, and she couldn’t eat anything but soft, bland foods.”

According to the National Enquirer publication, Parton underwent her surgery at the Mayo Clinic in Jacksonville, Florida. Her personal doctor was flown in from Los Angeles to discuss the procedure with the medics at the clinic.

“Dolly was worried at first that she wouldn’t be able to have the procedure. When she learned about this treatment, she knew it was her last hope,” the source continued.

“The procedure was supposed to last just two hours, but it took five. When it was over, Dolly said she wanted to get on her bus and head home that same day. But the doctors insisted that she stay overnight for observation, and the next day Dolly walked to her bus and climbed on board for the eight-hour trip back to Nashville.”

We hope you feel better soon Dolly Parton! Hopefully she will remain healthy for many years to come, thanks to her preventive surgery — which a few celebrities are having these days.