Alex Honnold takes on a building! 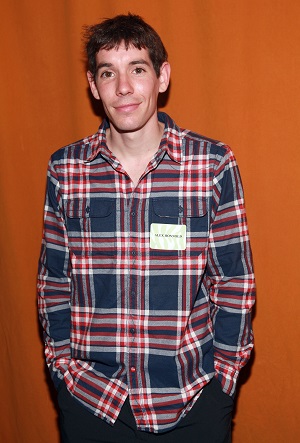 National Geographic is set to air Alex Honnold’s trip up the side of an undisclosed skyscraper. While they’re not currently sharing which building Honnold plans to scale due to security factors, they will share that it’s one of the tallest in the world.

The 27-year-old is a world-renowned climber. He previously gained recognition when he scaled the granite face of the 2000-foot Half Dome at Yosemite National Park. The stunt landed him a special on 60 Minutes.

According to THR, the televised event will be padded to make for a longer broadcast, much like Discovery did with Wallenda’s high-wire walk across the Grand Canyon. The two-hour long program also features pre-recorded interviews with the climber and explores the science of his climb and his nerves as well as a look at his conditioning for the event.

Daredevils are nothing new. Evel Knievel was one of the most famous daredevils, though he preferred pulling his stunts atop a motorcycle. He first came to fame when he attempted to jump the Caesars Palace fountains, failed and spent nearly a month in a coma. Later, he suffered multiple other near-complete jumps. He did, however, successfully jump over 14 school buses at the Kings Island theme park in Cincinnati, Ohio in 1975. Knievel made his final jump in 1981 and in 2007 died of idiopathic pulmonary fibrosis.

Want to keep up on the latest TV news? Sign up for our newsletter >>

…not to be a Debbie Downer or anything. We hope Honnold, Baumgartner and Wallenda all live long, healthy and successful lives. Annnnd, we can’t wait to watch this stunt!