Peter Weller will appear in Sons of Anarchy’s Season 6. 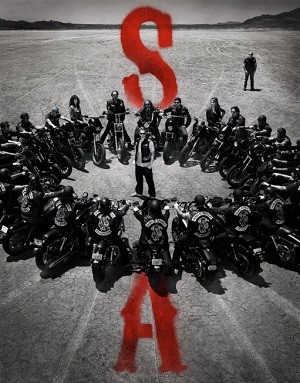 You’ve never seen Peter Weller’s face on Sons of Anarchy, but you’ve seen what he can do to a show. He’s directed six episodes of Sons, but he’s never stepped out from behind the camera to play a part on the show. This season, that will change.

The sons have one crazy mum >>

During his time working on Sons of Anarchy, Weller has certainly left his mark on the show. He directed six episodes during Season 4 and 5 and then another episode in the upcoming sixth season. Recently, he’s also directed two episodes of Longmire and an episode of House, M.D.

Now, according to the Hollywood Reporter, he’ll make his Sons of Anarchy debut. It’s not the first time he’s acted, either. Weller previously appeared on 24, Star Trek Into Darkness, Dexter and many, many more.

Weller will play a former cop and have a brief run-in with the SAMCRO motorcycle club while working at the Stockton Port.

Sons of Anarchy returns on Sept. 10 on FX at 10/9c. When Sons returns, they’ll be dealing with the consequences of having two family members, Tara (Maggie Siff) and father-in-law Clay (Ron Perlman), in jail. Rumor has it that we’re coming upon the penultimate season, so we can’t wait to see where they’ll take us now.

For all the latest on TV, sign up for our newsletter >>