She’s confident, strong and definitely not afraid to speak her mind! If you dig Bethenny Frankel as much as we do, you won’t want to miss the debut of her brand-new daytime talk show, premiering Sept. 9 on Fox. 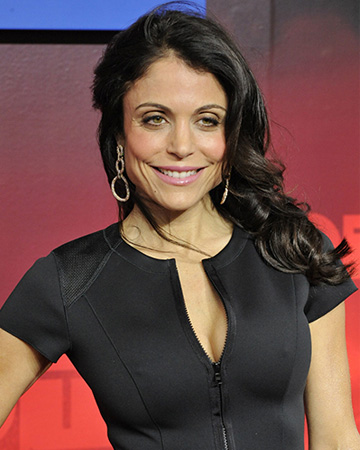 “I just have found as you get older, women insulate a little more because they’re just so busy and have so much going on.”

Let’s be real: Every girl loves to get together with her gal pals for a couple of cocktails and some juicy gossip. But in between their hectic work schedules and family commitments, that’s often just not possible during the week. Cue Bethenny: a public girls’ night out that allows you to join in the conversation from the comfort of your own home. Um, what could be better than that?

“I just have found as you get older, women insulate a little more because they’re just so busy and have so much going on,” explained Bethenny in an interview with ABC earlier this year. “They don’t really get the chance to really sit down and talk about their marriages, their money problems, their sex problems, infidelity issues. That’s what my talk show is about.”

Everybody’s a topic (even you!)

Forget silly stuff like Kim Kardashian’s weight gain! Bethenny’s show will focus on real news and issues that are important to women. Think love and relationships, current events, fitness, food, beauty and — yes — a little bit of pop culture, too.

Bethenny gives the best advice on everything

As a health expert, self-made businesswoman and hard-working mom who’s definitely had to deal with more than her fair share of relationship problems, there’s practically nothing Bethenny can’t shell out advice on at this point, right? She’s literally the queen of too much information! Her talk show will dish tips on everything from your career, to motherhood to dating and your health, of course.

She’ll tell it to you straight

If you ever watched The Real Housewives of New York or Bethenny Ever After, then you know the one thing Bethenny does best is keep it real. She’s like that loyal girlfriend who will give you a good metaphorical kick in the butt when you need it the most! Bethenny brings that same uniquely honest and unfiltered personality to her talk show.

Host a girls’ night in as Bethenny Frankel would
15 Bethenny-isms: Learn ’em, love ’em
Bethenny Frankel’s inspirational leaders in career and at home