It looks like Saturday Night Live will be doing a lot of hiring for the fall as cast member Jason Sudeikis confirms his exit from the sketch comedy show. 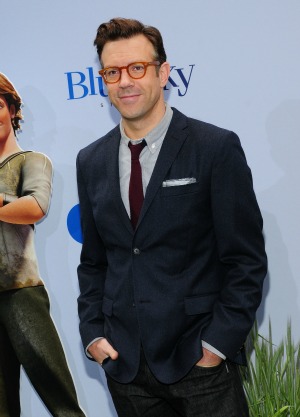 Another cast member is saying goodbye to Saturday Night Live. The latest comedian to confirm their exit is Jason Sudeikis.

On Wednesday night’s episode of The Late Show with David Letterman, the funnyman confirmed the news with the talk show host.

When asked about the fall season, Sudeikis said, “I’m definitely done. I’m not coming back next fall.”

Anthony Weiner and this week’s other SNL-worthy material >>

The news is not that surprising given the fact that his film career is hot and rumors were rampant that he was not renewing his contract for an 11th season. Sudeikis spent two seasons as a writer and eight seasons as a regular player on the sketch comedy show.

Sudeikis isn’t the only cast member exiting after Season 38. Bill Hader bid farewell to the show at the end of the season and Fred Armisen recently announced his departure. Seth Meyers is expected to return for the fall, but he will leave at the end of the year to take over for Jimmy Fallon in early 2014.

The loss of cast members isn’t anything new to the show, but it’s been a particularly heavy exodus over the last two seasons with Armisen, Hader and now Sudeikis moving on. In addition, Kristen Wiig and Andy Samberg left at the end of 2011–12 season.

In a recent Modern Luxury magazine interview, Sudeikis made a great point about SNL.

He revealed, “You never really leave that place, and it never leaves you. It’s an emotional journey getting through a season, much less the final one.”

As any fan of SNL knows, cameo appearances make for some of the best episodes. The long-running show has an excellent all-star alumni team just waiting in the wings.