LeAnn Rimes is allegedly ”too busy” to give a deposition for her lawsuit against school teacher, Kimberly Smiley.

LeAnn Rimes is allegedly ”too busy” to give a deposition for her lawsuit against a school teacher. 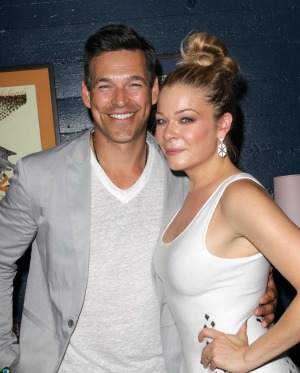 The singer rejected a civil settlement offer last month from the teacher she is suing — Kimberly Smiley — but apparently she doesn’t have the time to give a pre-trial testimony.

The singer is suing Smiley for invasion of privacy, after she allegedly recorded their telephone conversation without Rimes’ permission.

Excerpts that were taken from the telephone conversation were later leaked and this angered the singer.

Rimes has since turned down two proposed dates to give her pre-trial testimony — claiming that she has not had the time as she is currently on tour.

A source has revealed to RadarOnline.com, ”LeAnn just released an album and says she is too busy on dates that were suggested for her deposition.”

The source suggested the singer is reluctant to move forward, saying: ”LeAnn’s team has turned down two suggested dates for her deposition. But she is going to have to do this eventually.”

The 30-year-old singer was treated last summer for both stress and anxiety and is likely to face a wide number of questions during her deposition, including information pertaining to whether she drank alcohol before she called Smiley.

The singer’s mental state at the time is also under question, since she was on medication.

Rimes was the subject of significant online abuse because of her affair with her now-husband Eddie Cibrian while he was still married to reality TV star Brandi Glanville. It was reported that Smiley was one of those sending Rimes abuse via Twitter so Rimes called Smiley last year to discuss the alleged bullying.

Smiley claimed the singer called her ”rude” and ”berated” her on the phone.

Rimes filed a lawsuit against Kimberly Smiley saying that she had repeatedly ”insulted, taunted and provoked Ms. Rimes” during the phone call, but the accused insists it is a ”complete lie”.