Hugh Jackman is set to hit the stage this fall in Los Angeles. Fans will have to be quick about getting tickets because the show has a very short run. 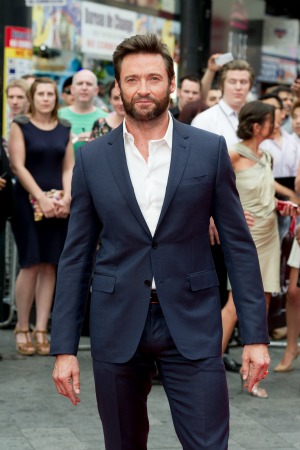 If you missed Hugh Jackman‘s one-man show in 2011 on Broadway in New York, you can catch it again on the West Coast this year. However, fans will have start lining up for tickets because the show has a very limited run.

On Wednesday, it was announced that The Wolverine star will bring his sold-out show to the Dolby Theatre in Hollywood on Oct. 12. The event is called Hugh Jackman…One Night Only and it benefits the Motion Picture & Television Fund.

In a statement on Wednesday, the Tony winner talked about the special evening.

He said, “It is an honor to bring our show to Los Angeles. We have a very special evening planned for you that will raise money and awareness for MPTF, a cause very close to my heart.”

The fund provides healthcare and other wellness services to entertainment industry workers in times of need. It has thrived with support from celebrities like Jackman, Board of Directors member George Clooney and DreamWorks executive Jeffrey Katzenberg.

For fans that missed his acclaimed show in New York, this will be a great opportunity to see the handsome Australian star sing and dance in his often-snug pants. The original production featured songs from Oklahoma, The Boy From Oz and Carousel backed by showgirls and an 18-piece orchestra.

Audience members for the upcoming fall show might expect to hear a few songs from Les Misérables as well. Jackman played the iconic Jean Valjean in the 2012 Oscar-nominated film.

Tickets are available for pre-purchase through Aug. 9 via the actor’s official website.