The Backstreet Boys have released a second single from their upcoming album In a World Like This and, as Howie explains, the inspiration for their new love song, “Breathe” came from Ryan Gosling. 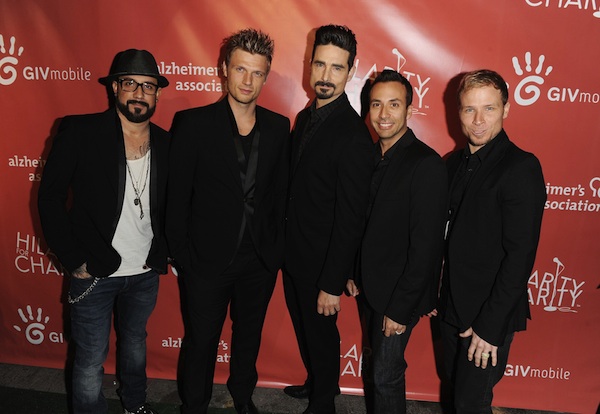 Next week, the Backstreet Boys will release their eighth studio album and their first since 2005. Now the boys have released the second single from the album In a World Like This.

Well, I’m sure it was Crazy, Stupid, Love. Or better yet, The Notebook.

Nope. It was the ultra-violent Drive.

Gosling was almost a Backstreet Boy? >>

Dorough explained, “A.J. was watching the movie Drive, and the music kind of has that dark, mysterious feel to it. He came to me, and I had just recently seen that movie, and I loved the idea. He started off with the melody for the chorus, and then I came to him and started putting feeling into the words… It’s a great song. It’s one of those songs that’s just a love song about that one person that you meet and you can’t breathe around them.”

Exactly what I was thinking when I was watching Drive: I can’t breathe.

Did One Direction just make the best video ever? >>

The song is classic BSB and if anything, makes me more excited to hear the whole album when it’s released on July 30.

The release of “Breathe” comes right on the heels of their video release for their upcoming album’s first single, “In a World Like This.”

So take a listen to “Breathe” see if you can find the Drive connection.

Are you excited for the new Backstreet Boys album? Will you be buying it? Let us know in the comments below.