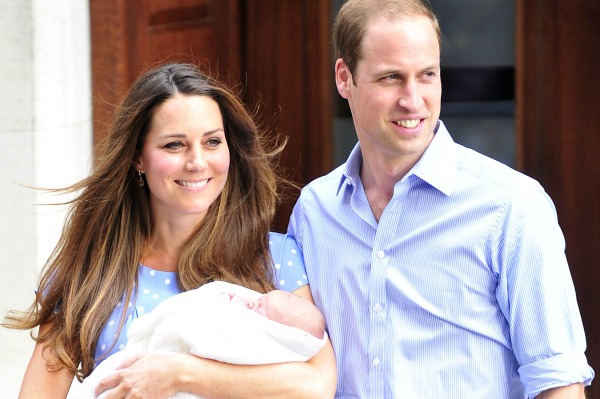 It’s official: The royal baby name has been announced, and Kate Middleton’s son shall henceforth be known as His Royal Highness Prince George Alexander Louis of Cambridge. That’s certainly a mouthful, but it was not chosen arbitrarily. While all parents agonize over the perfect name for their child, Will and Kate had history to consider. Here’s how the royal baby name breaks down.

The name George is deeply entrenched in British royal history, with no less than six kings already sharing the moniker. The most recent, King George VI, was the father of Queen Elizabeth II — but his real, given name was actually Albert. He chose George as his sovereign name when he ascended the throne after the abdication of his brother Edward VIII to honor his own father, King George V.

George is also one of three middle names of Prince Charles and was the name of Prince Philip’s grandfather, King George I of Greece. Prince George, Duke of Kent was Queen Elizabeth’s uncle, brother to George VI.

Perhaps most notably, George was the name of the last Prince of Cambridge, grandson of King George III, back in the 1700s.

The royal baby meets his grandparents >>

The name Alexander is also steeped in royal history, with connections to the Russian and Greek royal houses to which the British royals have blood ties. Czar Nicolas II of Russia was married to Empress Alexandra, granddaughter to Queen Victoria (the royal baby’s great-great-great-grandmother). Alexandra is also Queen Elizabeth II’s middle name.

Alexander is an important historical name in Scotland, where Will and Kate met while at university. Alexander III is considered one of the greatest rulers in Scotland’s history, and wed the daughter of King Henry III of England.

The royal family of Greece — Prince Philip’s people, but not very far removed from Queen Elizabeth’s family themselves through ancestry — favors the name Alexander, starting with Alexander I, King of the Hellenes and continued with Princess Alexandra. Prince Philip is also a great-grandchild in the female line of Princess Alice, mother to Empress Alexandra. Queen Elizabeth II is godmother to Alexander, Crown Prince of Yugoslavia.

Stars tweet their excitement ahead of royal baby birth >>

Louis is a favored middle name of the British royal family, most often in honor of Prince Philip’s uncle Lord Louis Mountbatten, who was assassinated by the Irish Republican Army in 1979. He himself was named after his father, Prince Louis of Battenberg. Prince Charles, Prince Edward and Prince William all share this middle name with the royal baby.

So what’s in a name? Hundreds of years of history, that’s what. Welcome to The Firm, George Alexander Louis!