Author J.K. Rowling answers accusations from critics and fans about her reasons for choosing to write her latest novel under a male pseudonym.

J.K. Rowling has been getting a lot of attention in the past couple weeks thanks to her latest novel, The 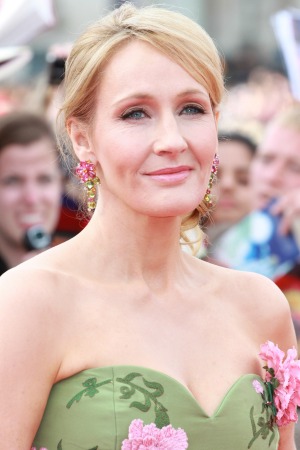 Cuckoo’s Calling. It wasn’t so much that the famous author of the Harry Potter series had penned a new novel that caught the world’s attention, but that she did it with a pseudonym. Once the rumors began that Rowling was indeed Robert Galbraith — the author of the novel about a war veteran who becomes a private investigator — she finally came clean and admitted she had written the book.

The revelation understandably set the publishing world on fire and caused many fans to wonder why Rowling had chosen to write a new novel without her own moniker. Rowling decided to answer those questions by posting a few remarks on the FAQ page for the official Robert Galbraith website.

To those who believe the entire thing was some big marketing ploy and that Rowling wanted her true identity discovered, she said:

“If anyone had seen the labyrinthine plans I laid to conceal my identity (or indeed my expression when I realized that the game was up!) they would realize how little I wanted to be discovered. I hoped to keep the secret as long as possible.” She continued, “This was not a leak or marketing ploy by me, my publisher or agent, both of whom have been completely supportive of my desire to fly under the radar. If sales were what mattered to me most, I would have written under my own name from the start, and with the greatest fanfare.”

Regarding why she chose to write the novel at all and why it was done under a pseudonym in the first place, Rowling said:

“I’ve always loved reading detective fiction. Most of the Harry Potter stories are whodunits at heart (Order of the Phoenix is more of a why-did-he), but I’ve wanted to try the real thing for a long time. As for the pseudonym, I was yearning to go back to the beginning of a writing career in this new genre, to work without hype or expectation and to receive totally unvarnished feedback. It was a fantastic experience and I only wish it could have gone on a little longer.”

J.K. Rowling to build Hogwarts tree houses for her kids >>

Some may have been wondering why Rowling chose to make her pseudonym a man, rather than just choose a woman’s pen name. To that question, she said:

“I certainly wanted to take my writing persona as far away as possible from me, so a male pseudonym seemed a good idea. I am proud to say, though, that when I ‘unmasked’ myself to my editor David Shelley who had read and enjoyed The Cuckoo’s Calling without realizing I wrote it, one of the first things he said was ‘I never would have thought a woman wrote that.’ Apparently I had successfully channeled my inner bloke!”

Perhaps Rowling also took a break from her own name because she didn’t want a repeat performance of what happened after she tried publishing her last novel for adults. Though, to be fair, she did warn people that they might not like the book and the critics certainly agreed with that assessment.