Prince William and Kate Middleton have announced the name of the royal baby, and it will make a lot of British bettors very happy! 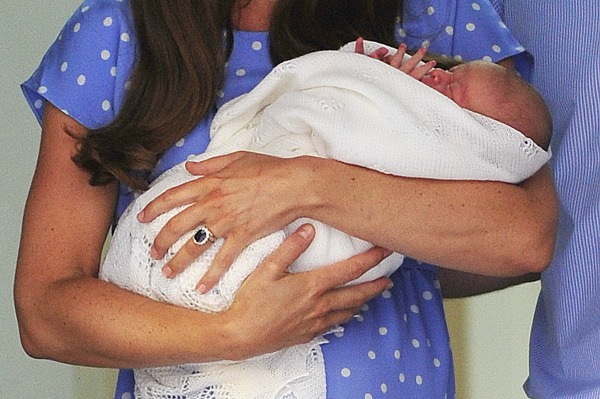 The last detail we’ve been waiting for has been revealed: the name of the royal baby!

The tot, who is third in line to the throne after his grandfather, Prince Charles, and father, Prince William, was given the title Prince of Cambridge before he was even born. His first name will make a lot of British bettors some nice cash, as it was one of the top guesses among gamblers.

Baby George was born just two days ago but he is already making his first outing. The family drove away from Kensington Palace earlier today and was later spotted arriving at the country home of Kate’s parents in Bucklebury, about an hour from London.

Michael and Carole Middleton met their grandson for the first time at St Mary’s Hospital yesterday, followed by Prince Charles and Camilla, just a few hours before the royal baby was introduced to the world.

Queen Elizabeth met her great-grandson earlier today, but Prince Philip, who has been in ill health recently, is said to be waiting for a visit at Balmoral later in the summer. Other family members who have already greeted the little prince include James and Pippa Middleton and Prince Harry, who are believed to have met the baby at Kensington Palace yesterday.