Amanda Bynes is currently under psychiatric care after starting a fire in an elderly woman’s driveway Monday, but who exactly is that victim and why was she targeted? 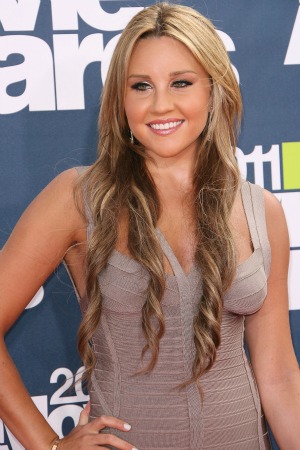 Amanda Bynes is currently being held on a 72-hour psychiatric hold for an alleged incident she may have considered victimless. But the victim in the crime is speaking out and talking about how the 27-year-old’s behavior has affected her life and her home.

Bonnie Braaten, a 73-year-old resident of Thousand Oaks, California, spoke with People, saying she doesn’t understand “anyone who would be angry with me enough to set a fire in my driveway.”

Bynes was hospitalized Monday night under an involuntary psychiatric hold after allegedly starting the fire. Braaten was watching TV Monday night around 9 p.m. when her doorbell rang.

Braaten told Us Weekly she was told Bynes’ parents live nearby, but still has no idea why she was targeted. She told reporters after the incident, “I hope she gets some help.”

The elderly woman said she never actually saw Bynes the night of the fire, but a witness at a nearby shop said they saw the actress running from the scene.

“We were by Trader Joe’s in Thousand Oaks and getting some stuff. While we were leaving, we saw her run by the shops on that strip trying to get away after she failed on setting the fire,” witness Rabee Morra said. “The fire department came instantly and put the fire out which was set in a driveway of a house on the street. She burned her pants while trying to start the fire and threw the gas can and ran away.”

Bynes’ pants were not the only things burned. It appears that her Chihuahua may have also been injured in the fire.

“She went over there to get her dog — she had a small, like, Chihuahua,” a witness told Us Weekly. “She was really frantic like she wanted to get out of there. She was like, ‘My dog has been burnt.'”

The incident may end up helping Bynes in the end, because those closest to her know she really needs help, and a source said a treatment plan is now being discussed.

“Amanda seems to be doing well,” the friend told Fox News. “The thing with Amanda is that it isn’t as bizarre as it seems. She knows when to pull it together and act normal.”