Kirstie Alley and John Travolta are going to be reunited on-screen later this year when he guest stars on her new TV Land show Kirstie. 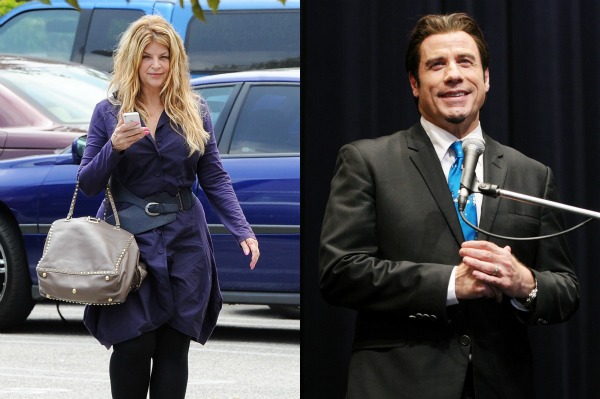 It’s been over 20 years since Kirstie Alley and John Travolta first starred in the movie that made them famous together — Look Who’s Talking. The ’80s film was about a woman (Alley) who gets pregnant by her married lover and then falls for the guy she hires as a babysitter (Travolta), and strengthened the friendship between the two actors. Not too long ago, Alley even called Travolta her “soul mate.”

Is Kirstie Alley mad at Leah Remini for quitting Scientology? >>

Well, the two actors are about to be reunited on-screen and both appear to be as happy as can be over the news. Hollywood.com reports that Travolta will be joining Alley on her new TV Land show Kirstie.

Kirstie premieres at the end of this year and is about Broadway star Madison Banks (Alley) whose life is turned upside down when the son she gave up at birth suddenly shows up on her doorstep. Travolta is set to guest star as a stagehand on Banks’ Broadway show who has a one-night stand with Banks, but doesn’t want their relationship to end once the sun comes up.

In a press release from TV Land, Travolta spoke about the upcoming reunion. “I’m excited about working with Kirstie again, in addition to such terrific talent on the show,” he said. “It’s always a treat to be surrounded by people you respect so much both personally and professionally.”

As for Alley, she chose to express her excitement on Twitter.

Travolta’s appearance on the show won’t be the only reunion on Kirstie. Alley’s former Cheers co-star Rhea Perlman is also going to be on the show. Perlman will play Banks’ assistant and best friend, which should be a lot of fun for the two ladies.