Selena Gomez appears to be selective with the questions she answers about Justin Bieber and if she doesn’t like them, she may disappear.

It appears that the topic of Justin Bieber is still a sensitive one when it comes to Selena Gomez and she is apparently very selective with whom she will discuss Bieber with. 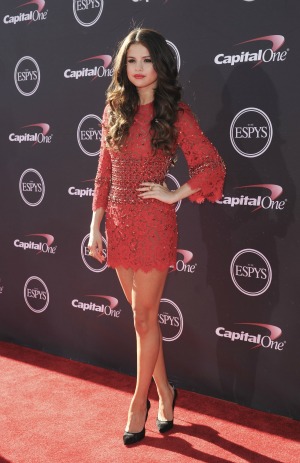 During a satellite media tour on Monday which was meant to promote her upcoming Stars Dance Tour. The singer was asked several questions about her relationship with her former boyfriend.

Gomez was asked about Bieber’s outrageous behavior and it seemed that this was not a topic Gomez wished to discuss — and the interview was abruptly ended.

WGN-TV entertainment critic Dean Richards was among the outlets talking to Gomez during her media tour. Richards questioned the singer, “You’re, you know, probably as close a friend to Justin Bieber as they come.”

“Is there something about him that we don’t get or we don’t understand? I mean, there is one story after another of, you know, pretty outrageous behavior that we’re reading about.”

At first Gomez looked down uncomfortably and was reluctant to answer the questions about Bieber; however, this did not deter Richards. He pressed on, saying, “What don’t we get about him or what is it that he’s not getting out there?”

No answer came from Gomez and the screen was disconnected. There has been no response from the singer’s reps as yet, so it is unclear whether she disconnected on purpose or if it was a technological glitch — however the timing is suspect.

Gomez has not remained tight-lipped to everyone about her relationship with Bieber, as she had opened up in an interview with Ryan Seacrest the night before her untimely disconnection.

The Spring Breakers singer has claimed that she is still single, regardless of the Instagram feed we may all be seeing.