Billy Ray and Tish Cyrus had filed for divorce after 19 years of marriage, although the couple may now be deciding to mend their relationship.

It is no secret that Miley Cyrus’ parents have had a very public spat after her mother, Tish Cyrus, filed for divorce in June from her husband, Billy Ray Cyrus, following 19 years of marriage. 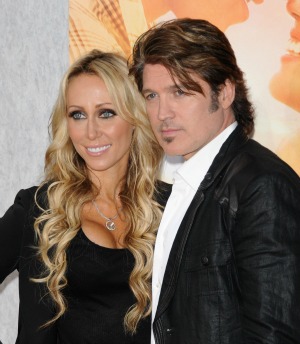 Tish cited “irreconcilable differences” in her filing and it was not the first time that there had been apparent trouble in the marriage.

The most recent divorce filing followed one that was made three years prior by Billy Ray — who removed his petition to try and work things out.

The couple have tried to work through their differences and the evidence has been backed up by an alleged long-time friend of the family, Ken Baker — who claims the couple is trying to make it work once again.

“I spoke to Tish and she told me they both woke up and realized they love each other and decided they want to stay together,” Baker told E! News.

The couple most certainly seem dedicated to making things work, as they have been reportedly going to couples’ therapy, something they had never tried before. Luckily for their family of seven, it appears that the sessions have worked.

“They went into the therapy with the goal of divorcing in a way that was healthy for the children, but ended up coming out of it with the realization that they in fact want to stay together,” Baker said.

“Tish sounds happy and energized about having this fresh start. It’s brought them closer together and really opened up their communication in amazing ways.”

Most recently, Tish and Billy Ray have acknowledged that they were back together in an Instagram post on Saturday night. Tish shared a photo of the couple cozying up and wrote the caption, “Date night.”

At least there are now two less “Achy Breaky Hearts” in the world today!