There are many advantages of being famous; however, model Georgia May Jagger would have preferred a life without fame

If you have a father who happens to be one of the most legendary rockers of all time, it will be hard to stay out of the public eye. Georgia May Jagger is not only a model, but also the youngest daughter of Sir Mick Jagger, and her mother is model Jerry Hall. 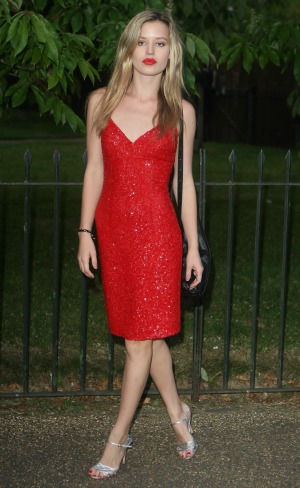 Jagger recently admitted that while the idea of celebrity stardom was constantly lingering throughout her “whole life”, it was not something she foresaw for herself, nor was it something that she wanted.

Jagger told Love magazine: ”I never wanted to be in the public eye. Obviously, with my father and my mother, for my whole life I was aware of the trappings of being famous. It was always just there in the background.”

Although, there are some advantages of being in the public eye and she has admitted that there have been amazing opportunities available to her, which she took advantage of.

The model, with her uniquely beautiful looks has also revealed that she was lucky enough to be pushed by her parents and they helped her prove that she is “committed” to her career.

Jagger added, ”There’s no halfway house in this business. Beforehand I was modeling but I wasn’t really very committed.

”I think I’ve learnt that it’s really an amazing job, one of the best you can get for travel and for creative independence.

”So I’m enjoying myself. And the money is good — which helps. As my mother always says, ‘Make hay while the sun shines’.”