Sophia Bush will host this year’s Do Something Awards! 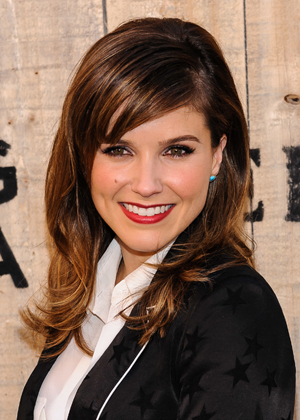 DoSomething.org just added more star power to the the already star-heavy Do Something Awards: The organization just announced that actress Sophia Bush will host this year’s awards.

“Sophia Bush as host of the 2013 Do Something Awards brings a fun, energetic vibe to an already high-energy show.” said Nancy Lublin, CEO of DoSomething.org.

This year’s show will honor celebrity do-gooders including Patrick Dempsey, Jesse Tyler Ferguson, Jennifer Hudson, LL Cool J and Kelly Osbourne. More importantly, the awards will honor five people under 25 who are making a real difference in the community. One of the do-gooders will even receive a $100,000 grand prize to use toward their work.

And you can get involved! For the first time, you can vote for your favorite nominee via text before and during the show.

“I’m thrilled to produce VH1’s fourth consecutive Do Something Awards honoring such outstanding young people and celebrities working for social change. I’m also happy to have Jason Dundas back to help share the stories of the exceptional Do Something nominees. We’ve changed the format of the show slightly and we can’t wait to see how our viewers will be inspired again this year.” Lee Rolontz, VH1’s Executive Vice President of Music Production, said in a statement.