It was big news when J.J. Abrams was announced as the director of Stars Wars: Episode VII, and Lucasfilm wants to make sure everyone knows he is not going anywhere. 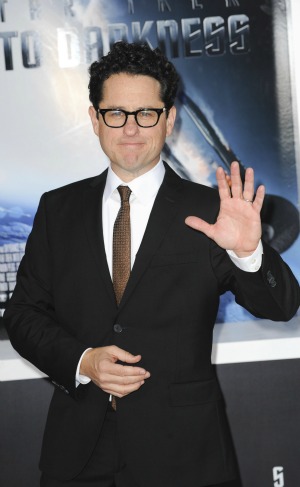 Rumors have been circulating that director J.J. Abrams may be reconsidering directing Star Wars: Episode VII. However, Lucasfilm was quick to dispel those rumors.

“There is no truth to the rumor,” Lucasfilm said in a statement to MTV. “J.J. is having a great time working on the script and is looking forward to going into production next year.”

Harrison Ford was also on hand at Comic-Con over the weekend and shared his two cents about Abrams directing the newest episode of the nine-film story.

4 New movies at Comic-Con that left us stoked >>

“I think he’s a great storyteller. He’s developed an enormous filmmaking skill,” Ford told MTV in an interview. “I think it’s a daunting project and he’s the kind of guy that can take on huge challenges and deliver. Wonderful guy, really happy that he’s involved in the movie, even if I’m… not.”

Ford, who played Han Solo in the original three films, wouldn’t elaborate on his possible involvement (or not) in the next three films, but did share a lot of his knowledge about the passion he still has for the story, and the characters.

Abrams spoke about the project back in March, sharing his excitement for being chosen as the director for the films he is such a fan of.

“I feel like I can identify a hunger for what I would want to see again and that is an incredibly exciting place to begin a project,” he said. “The movies, the worlds could not be more different but that feeling that there’s something amazing here is the thing that they share.”

Writer Michael Arndt was chosen to write the screenplay for the film, set to be released in 2015.