Spike Lee’s jumping on the Kickstarter bandwagon. The director is looking to fans to help fund his next feature. It’s a last resort in an industry where original ideas are few and far between. 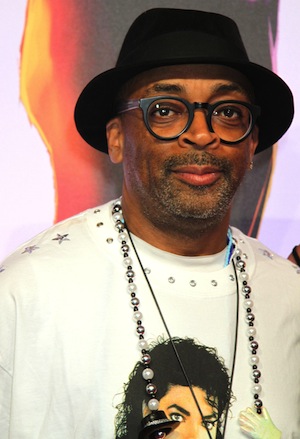 Do you want to help produce the next Spike Lee Joint? The director’s the latest high-profile user of the crowd-funding site, Kickstarter.

On July 22, Lee set up an account in hopes of reaching his goal of $1.25 million. As you know, with Kickstarter it’s all or nothing. If he doesn’t meet that number in 30 days, the project won’t be funded.

Since its inception, Lee has accumulated an impressive $107, 529 and counting. Thus far, three individuals have pledged an astounding $10,000, including fellow filmmaker Steven Soderbergh. Lee confirmed Soderbergh’s generous gift in an interview with MTV’s NextMovie.

“I’m taking him to dinner and we’re going to the game together,” Lee said. “I don’t even know if he likes sports! So I’m gonna pick the game for him. But I’m giving a huge shout-out to my man Steven Soderbergh for the support and I’m really humbled with Steven coming on board and doing that. Thank you, Steven.”

Lee admits the success of the Veronica Mars and Garden State campaigns are what brought him to Kickstarter. In the following video, he discusses how difficult it is to make an original film in Hollywood. If your idea’s not based on superheroes or toys, studios don’t want to fund it.

Lee says his new project is about human beings who are addicted to blood. He describes it as “funny, sexy and bloody (and it’s not Blacula)… “