Hey, Jane Austen fans – imagine a theme park for all things Jane Austen – including hot, Darcy-esque men in period costume who are paid to romance you. Sound like your cup of Earl Grey tea? Then take a trip to Austenland! 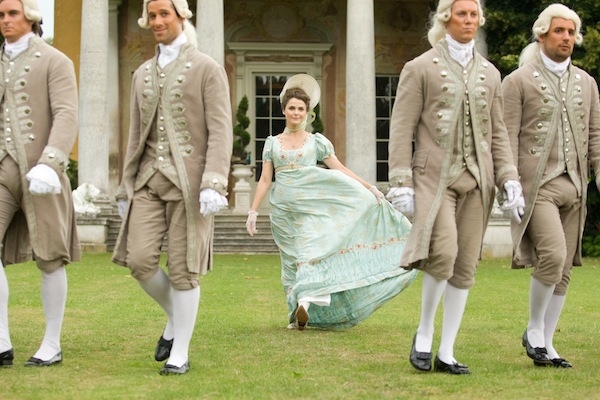 4 Stars: Perfect for romantics of all ages

Jane Hayes (Keri Russell), is obsessed with all things having to do with Jane Austen. At 31, Jane’s entire apartment is decorated with adornments you’d expect to see in a 19th century British cottage while listening to a pleasant tune from a piano forte.

After losing her job, Jane decides to live out her dream of hopping the pond and visiting the pricey vacation estate known as Austenland, where actors recreate the world of Austen’s romance novels for young women to indulge their Darcy dreams. 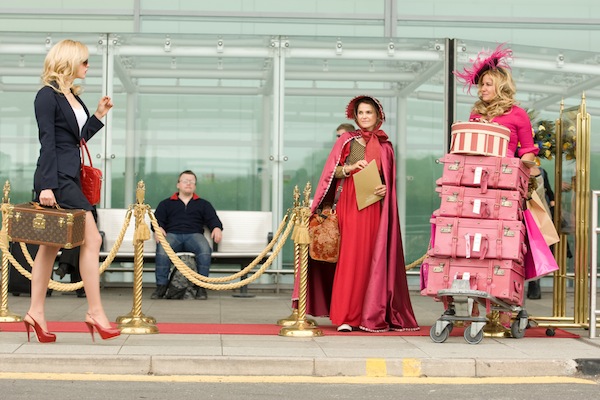 Snobbish Mrs. Wattlesbrook (Jane Seymour), is the owner and proprietor of Austenland and seems to love torturing Jane because she can only afford the lowest-priced vacation package. As a result, Jane is forced to sleep in the servant’s quarters and is given the dullest of costumes to wear.

But that doesn’t stop Jane from having fun with her new Austenphile friends, Miss Elizabeth Charming (Jennifer Coolidge) and Lady Amelia Heartwright (The New Normal’s Georgia King), and pursuing the sexy stable boy Martin (Flight of the Conchords’ Bret McKenzie). 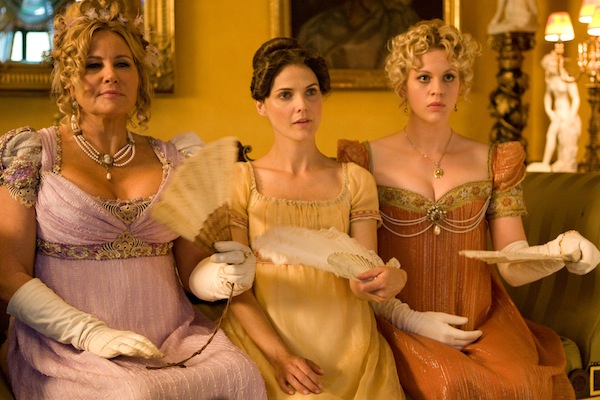 Just like every Austen romance, our heroine hits a snag when she learns Martin isn’t who he claims to be. Our protagonist experiences heartbreak then a charming, romantic surprise. Produced by Twilight author Stephenie Meyer, this movie has all the old-fashioned elements to make a truly fun chick-flick.

Kerri Russell is sweet and relatable but can’t top the comedic prowess of both Jennifer Coolidge and Georgia King. Coolidge and King breathe laughter and irony into the film, and would no doubt be loved by Miss Austen, herself. 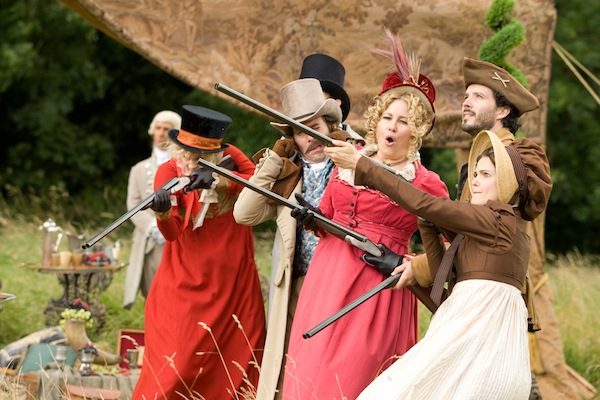 Bottom line: Austenland is a cute and clever take on a modern girl’s fantasy of finding a little romance in her life. We only wish Austenland was a real place — enjoy!

Run time is 1 hour, 37 minutes. There are several very cute scenes during the credits, THEN there’s a funny music video for the song “Hot in Herre” you won’t want to miss.