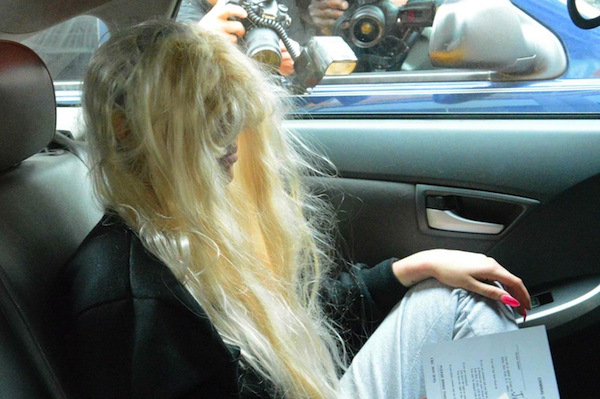 A cry for help? Why Amanda Bynes won’t seek treatment >>

Bynes was forced to undergo immediate mental health treatment on Monday night after police were called to a Thousand Oaks, California neighborhood after receiving several concerned 911 calls from residents who reported Bynes’ incoherent and dangerous behavior.

Bynes ventured into a random middle-class neighborhood sometime before 9:00 p.m. and set a stranger’s driveway on fire. Worried residents called 911 and police responded to the scene to find Bynes in a troubling mental state.

Law enforcement questioned Bynes and noticed she had several burn marks on her clothing.

Amanda Bynes crazy? Friends say it might be an act >>

Sensing the need for a second opinion, the Ventura County Sheriff’s Office immediately responded to the scene and confirmed that Amanda Bynes was incoherent and at immediate risk for her own safety, so emergency responders placed the 26-year-old on a 5150 hold.

TMZ spoke with the homeowner where Bynes set fire to the driveway and the resident explained she has no idea who Amanda Bynes is or why should would set fire to her property.

Bynes grew up in Thousand Oaks, California, but it’s not clear why she chose that particular neighborhood or to set a driveway on fire.

A 5150 hold means that Bynes will be forced to undergo a 72-hour involuntary hospitalization in the psych ward. Law enforcement says when they approached her she held a small red gas tank in her hand.