We love Captain America and everything, but these new films have us even more giddy. Thanks, Comic-Con, for the introduction. 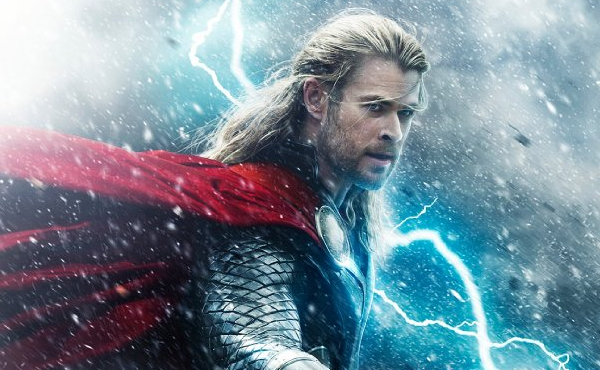 Every day while wandering around San Diego and attending the festivities at Comic-Con, we kept running into the same guy: Thor. Sadly, the guy wandering the floor wasn’t Chris Hemsworth, but he was equally huge and left us even more excited for upcoming news on Thor 2. And then, it came. Tom Hiddleston, dressed as Thor’s brother Loki (our favorite), arrived on the scene in grand fashion and had the crowd chanting Loki’s name. From the look of the clip (which still isn’t available online, those punks!), Thor: The Dark World will dive into more fantasy than the previous Thor film. Not so surprisingly, Thor will work to broker a state of quasi-peace between him and his half-brother, Loki. Will it last? Probably not, knowing Loki. That only makes our anticipation run even higher.

News of Seventh Son came to us on a fluke. What was this simply named film, the press conference for which we hadn’t known about? Moreover, what was this about Jeff Bridges and Game of Thrones‘ Kit Harington? We had to know! So, we sat quietly in the back between press conferences and waited for more info. While the cast lineup, which also included Ben Barnes and Julianne Moore, certainly helped, the stories of filming during lightning storms and Harrington’s sticky fingers on set made it all the more captivating. Seventh Son is the story of Tom Ward (Ben Barnes), a pig farmer-turned-evil-fighter at the hands of local knight/wizard Spook, Master Gregory (Jeff Bridges). When the Spook’s captor flees, it’s up to Tom to recapture her. The film is artistically stunning, with Bridges often looking like he belongs on the set of Lord of the Rings, and the story seems bound to keep viewers’ attention. We’re intrigued. Oh so intrigued.

Set in a dystopian universe, Divergent, by Veronica Roth, is the first in a series of books about young Tris. Much like in the book The Giver, teen kids in Tris’ society take tests to find out what kind of people they are and that dictates what they will do with their lives. A select few teens test equally into multiple “virtues.” When Tris becomes one of those few, she must choose where she wants to go. For Tris, it’s the Dauntless group or, basically, the army. As it turns out, though, the leaders have plans for Dauntless that Tris has no desire to take part in. The book has gruesome moments and, just like The Hunger Games‘ Katniss, Tris must figure out how to rise above it all and be the hero. Will she succeed? Probably. As if the story isn’t enough, the actors and actresses are true captivating. The off-camera chemistry and playfulness boasts an easiness about them that ought to translate well for two hours of a movie. 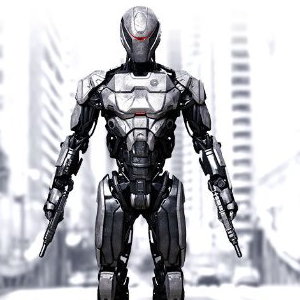 Drone talk aside, us ’80s girls are absolutely thrilled for this quasi-remake. Robocop didn’t start out as a powerful cyborg, he started out as a human. He was Officer Alex Murphy, to be precise. But when he was fatally wounded in the line of duty, the government decided to have a little fun with him. Murphy woke up more machine than human. The consequences of that transformation are irreparable and Murphy’s life is forever changed. The names of Samuel L. Jackson, Michael Keaton and Abbey Cornish, along with the title, will draw fans to the film. But, it’s the man behind Robo, Joel Kinnaman, who will keep them reeled in. The Swedish actor appeared at Comic-Con with a retro-cool side part and a timidity about him that shouldn’t translate into an action star, yet we’re certain he’ll hold the movie together.

Holy cow. So many awesome movies and so little time! Were you at Comic-Con? What movies sparked your interest?