As the latest addition to the royal family is welcomed into the world by millions, we pause to reflect on and honor the new royal baby boy’s grandmother, Princess Diana. Those of us who adored her feel her presence during this historic event. 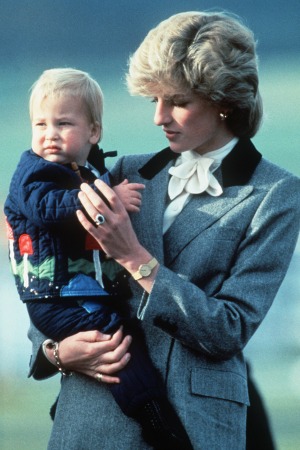 It may seem like a small gesture that the photographers who witnessed Kate Middleton and Prince William’s hospital arrival chose not to take the duchess’ photo, but for Princess Diana fans, it feels like a loving tribute.

We watched young Diana live her short life under the constant scrutiny and unrelenting pressure of photographers, and we were heartbroken when her life ended tragically in a car that was being pursued by the paparazzi.

That two young photographers, Jesal Parshotam and Darren Sacks, made the decision to not photograph Middleton’s hospital arrival — a historic image that may have made both photographers famous — makes us feel that perhaps Diana’s death was not entirely in vain.

Is it possible that through Diana’s death, photographers and the public have learned to be a bit more respectful of royal boundaries? That may be hoping for too much, but it may have at least given these two photographers enough pause to respect Middleton’s privacy as she was ushered from the car to the hospital.

The fascination with the birth of the royal baby has led to some ridiculous headlines and even more ridiculous merchandise. As we all wonder what Junior will be named, we will be shocked if Diana is not remembered in the naming of her first grandchild. Diana’s maiden name, Spencer, would be a perfect choice for a baby boy. It wouldn’t surprise anyone if “Charles” is a part of the new royal baby’s name, which would honor the baby’s grandfather, but also Diana’s brother. Perhaps the new parents will toss “John” in the mix, the name of Diana’s brother who passed away a year before she was born.

Diana’s brother, Charles Spencer, is the first to speak out about the royal arrival from the grandmother’s family. He told People magazine through a statement about how the arrival of Prince William’s baby reminded him of when William was born. “The teacher rushed into my bedroom to tell me the good news, a bottle of champagne in his hands. Now, 31 years on, my wife and I are with all nine of our children, and we’re celebrating this family addition with just as much happiness.” Charles sounds like a very proud uncle indeed.

As the world rejoices in the birth of Diana’s first grandbaby, it gives us an opportunity to reflect on the “people’s princess” with the certainty that she would have been a proud and doting grandmother, just as she was a proud and doting mother.