Two hot moms share a birthday on July 24: Jennifer Lopez turns 44, while True Blood star Anna Paquin turns 31. These two don’t seem like they have a lot in common on the surface, but they’re more alike than we realized.

They both have twins 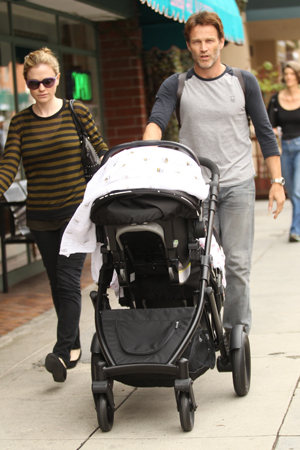 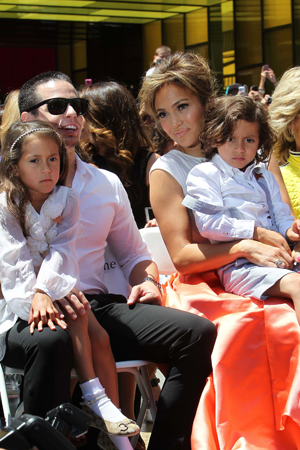 Twins aren’t that common, so it’s pretty unusual that two actresses that share a birthday both have twins. Lopez has 5-year-old twins with ex-husband Marc Anthony, Max and Emme.

“They just love people, and they love music, and they love laughing and running around,” Lopez told Entertainment Tonight of her two. “They’re very well adjusted to this life; they know nothing else… It’s like traveling, dancing, singing, sets — that’s their life. They kind of get, like, this is what we do.”

Paquin welcomed twins Poppy and Charlie with husband Stephen Moyer last year. She pretty much keeps them under wraps, but we can’t wait to see them grow!

They found love at work 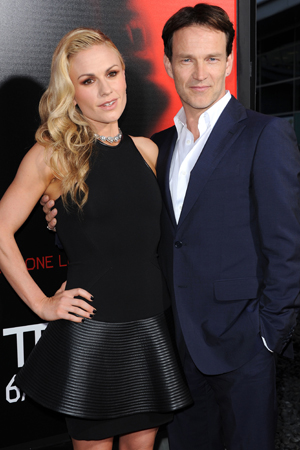 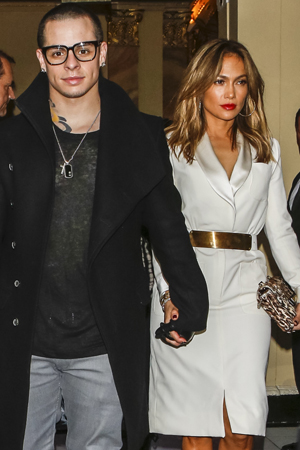 It’s hard to meet people outside of Hollywood when you’re on-set all the time. Just ask J.Lo and Paquin: Both met their significant others at work. Paquin met Moyer when they both joined True Blood back in 2007. They’re together all of the time — both on-set and off — but Paquin wouldn’t have it any other way.

“I miss him when he leaves,” she told Health.com in 2011. “That’s nauseating, I know. My me-time requirements are quite small.”

Lopez is notorious for dating guys she meets at work: She met ex-husbands Marc Anthony and Cris Judd through her work — and, of course, who could forget her relationship with Ben Affleck after they met on the set of Gigli. Her current boyfriend, Casper Smart, is her backup dancer.

Maybe it’s because she doesn’t believe in one true love?

“I think we run into several during our lives. I don’t think there’s just one,” she once told Cosmopolitan of her view on soul mates.

They aren’t afraid of their sexuality 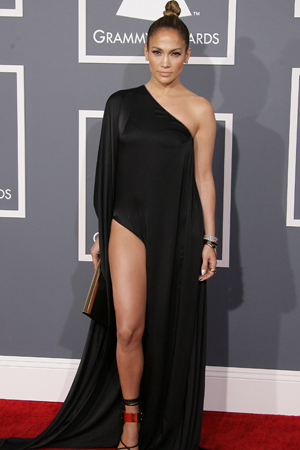 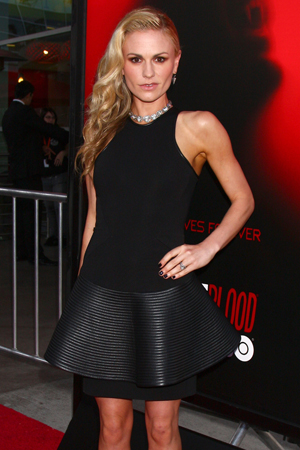 Both Paquin and Lopez aren’t afraid of talking about sex. Most notably, Paquin came out as bisexual in a 2011 interview.

“I’m sure for some people saying they’re bisexual feels less scary than making a statement that they’re gay,” she told Zooey magazine in 2012. “For me, it’s not really an issue because I’m someone who believes being bisexual is actually a thing. It’s not made up. It’s not a lack of decision.”

“It’s not being greedy or numerous other ignorant things I’ve heard at this point. For a bisexual, it’s not about gender. That’s not the deciding factor for who they’re attracted to.”

Lopez is a little more guarded in her sex talk, though she’s not afraid of showing off her sexy side onstage. She was criticized earlier this summer for her sex-fueled performance on Britain’s Got Talent, though she didn’t understand the furor.

“It was a body suit,” Lopez said of her sexy outfit. “A lot of performers wear those these days. It’s stage clothes. I’m not going to walk down the street like that.”

Jennifer Lopez is still talking about her Grammys dress >>

They both get steamy on-screen 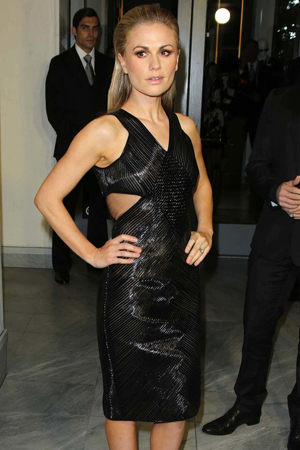 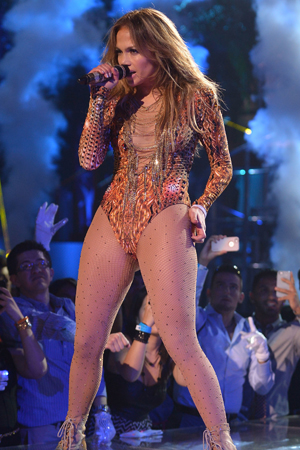 Paquin isn’t afraid of stripping it all down as True Blood‘s Sookie — she even thinks it’s easier than being clothed.

“Oddly, I find the nude scenes to be a lot less stressful than just constantly being very skimpily clad,” she told Self magazine. “I’m quite comfortable with being naked, but spending 18 hours a day wearing little tank tops that could fit a 2-year-old and shorts that barely cover my bum? For me, that was an adjustment. That said, I never think about it now.”

Lopez isn’t all about on-screen nudity, but she’s not afraid of getting sexy onscreen. She shared a seriously sexy moment with George Clooney in Out of Sight — and she shared a shower scene with action star Jason Statham in the 2013’s Parker.

They share the same philosophy on diet and exercise 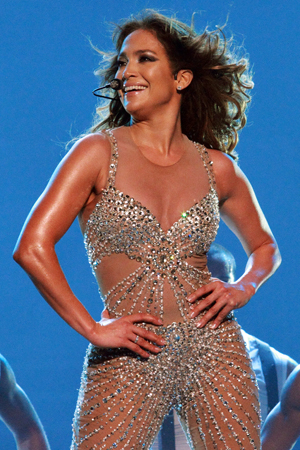 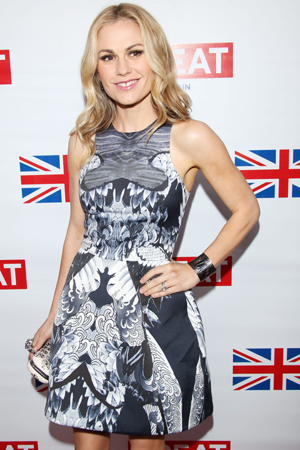 Paquin and Lopez are both known for their seriously sexy bodies — and they have to work for them with strict workouts.

“Being naked at work [is my biggest motivator],” Paquin told Health.com of what motivates her to work out.

“My favorite workout by far is boxing. It’s so much fun. You do a full proper boxing workout. You start jumping rope, and you do the pads, where your trainer calls out the combinations and you do them,” she added. “I do the Bar Method,” she adds. “Then there’s also this place called Hot 8 Yoga, and they do [Yoga Barre]. It’s like the Bar Method, but it’s, like, 105 degrees. It’s psycho, but kind of awesome. You sort of want to die immediately. I generally have this, well, if I didn’t leave sort of hating life a little, I didn’t get my money’s worth.”

Lopez is known for her killer workout ethic, thanks to intense exercise routines from trainers like Gunnar Peterson and Tracy Anderson.

“When someone’s preparing for tours and giving energy to that many people, they can’t be out of shape,” Anderson told Hollywood Life of her client’s exercise. “Her workouts have to give her the ability to have endurance for the show,” adding, “We don’t want to change her sexy body!”

They both got their start as dancers 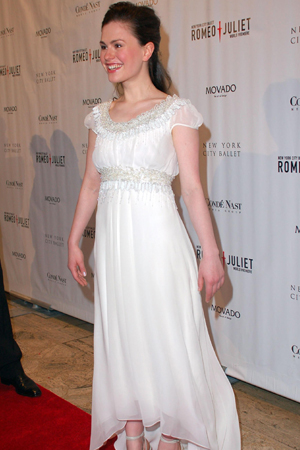 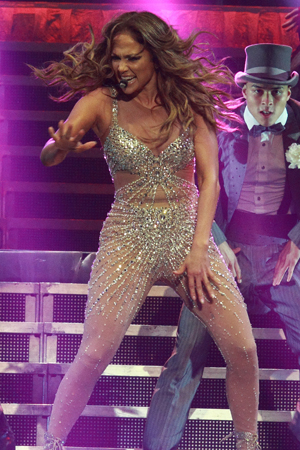 Lopez famously got her start as a Fly Girl on Fox’s In Living Color — and she was willing to betray her mother to pursue her love of dance.

“My mom and I butted heads,” she told W magazine of opting to pursue her love of dance. “I didn’t want to go to college — I wanted to try dance full-time. So she and I had a break. I started sleeping on the sofa in the dance studio. I was homeless, but I told her, ‘This is what I have to do.’ A few months later, I landed a job dancing in Europe. When I got back, I booked In Living Color. I became a Fly Girl and moved to Los Angeles. It all happened in a year.”

Paquin made her name in acting, but her first on-stage experience was as a ballet dancer as a wee tot. This explains her love of the Bar Method!

Are you surprised that Anna Paquin and Jennifer Lopez have so much in common? Sound off below!