Brit-pop boy-banders One Direction proves that there’s much more to these guys than meets the eye in their hilarious new video for “Best Song Ever.” 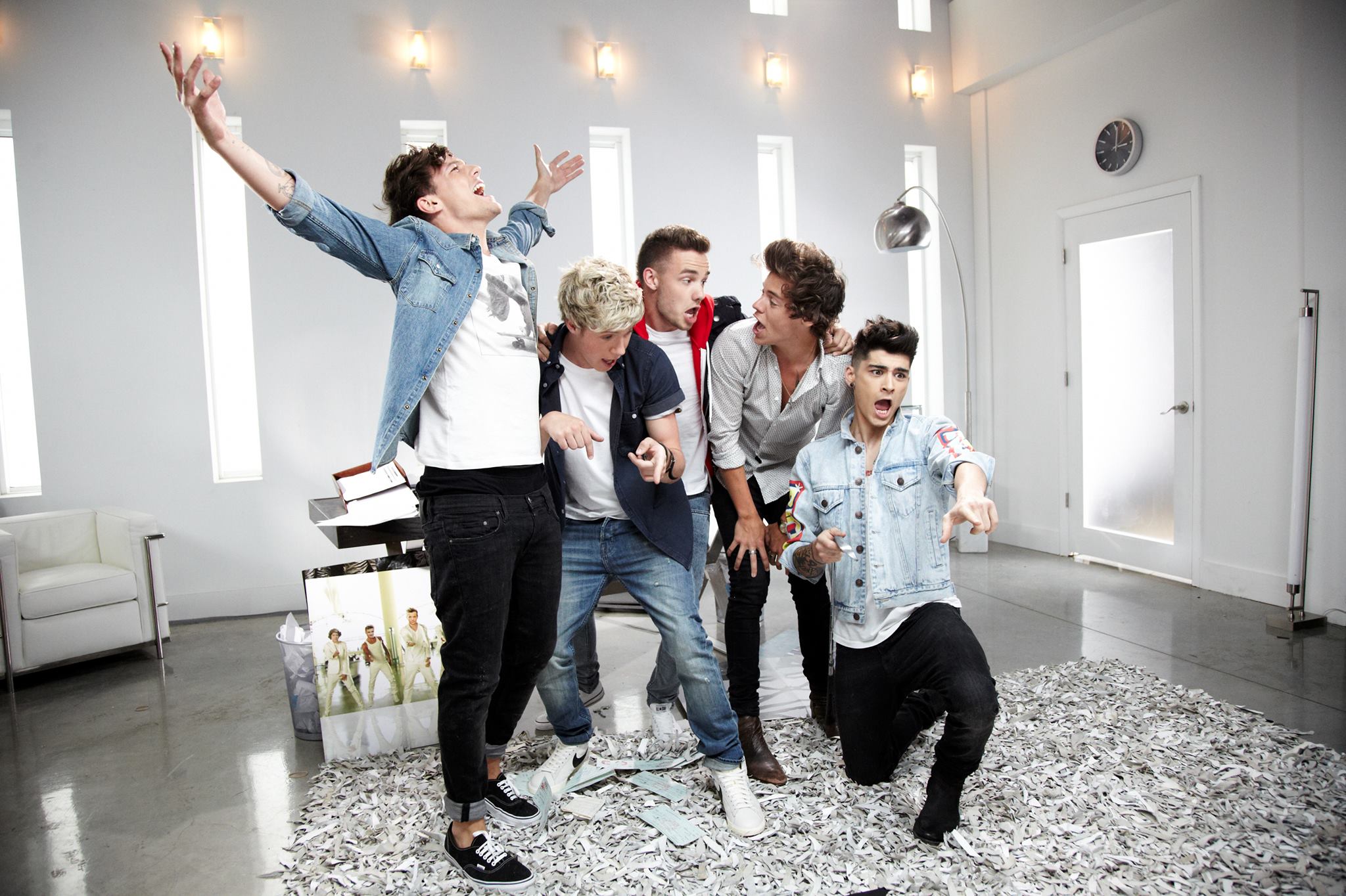 Our cutie boys from One Direction are at it again. This time, instead of just being cute and charming and cute, they’re showing off their considerable acting skills in the new video for “Best Song Ever.”

We start in a movie executive’s office where two sleazy-looking movie execs chit-chat about movie executive things. Their hot secretary comes in and announces that One Direction is here to see them.

Check out the trailer for One Direction: This is Us >>

Now, let it be said that there’s something familiar about the movie execs. It could be that the bald one is a dead ringer for Len Grossman in the 2008 movie Tropic Thunder (famously played by an uncredited Tom Cruise). Maybe it is Tom Cruise. Nah.

So the band comes in and sits down and hears some horrible ideas for a One Direction movie from Marcel the marketing guy who looks an awful lot like Harry, and Leeroy the choreographer who looks like Liam…

Wait! The guys are the guys in disguise! As Marcel says, “Cute as a button — every single one of you.”

As a reference, we’ve put together a side-by-side photo of the boys in and out of character:

I think the thing that everyone is thinking here is, “Wow, Zayn makes a beautiful woman.” He’s so good looking, he even checks himself out.

As the song starts (and is it just me or does the beginning of the song sound like The Who’s “Baba O’Riley”?) the guys have nixed all of the crazy ideas put forth by the movie execs and begin to tear the office apart.

The boy-band hijinks spreads into the main office where there are a lot of movie underlings about to lose all the paper products they have on their desks, courtesy of the paper-throwing band.

Hair is let down, tables are stood upon and some ridiculous choreography by Leeroy is performed flawlessly by the entire office.

Throughout the video, we get glimpses of the boys’ new movie, One Direction: This is Us. If you recall, the first taste we got of this earworm of a song was in the trailer for the film.

Did newly single Niall break up with his girlfriend by ignoring her? >>

In fact, I think all of the guys may have possible second careers in acting — except Liam, who should probably stick to singing and dancing.

Harry is absolutely adorable as Marcel with his big nerdy glasses and goofy American accent.

But the big stories here are Niall as Harvey, a hilarious send-up of movie mogul Harvey Weinstein, and Louis as Jonny, whose gold chains and massive amounts of hair everywhere but his head just add to the awesome character he performs.

1D knows what makes you beautiful >>

This video is a must-see. But I have to warn you, if you watch it you won’t be able to get “Best Song Ever” out of your head. I’ve been trying for days.

What do you think of One Direction’s video for “Best Song Ever”? Did you like it as much as we did? Let us know in the comments.