A couple of weeks after Kanye West’s unfinished video for “Black Skinhead” leaked online, the video is finished and West’s masterpiece is… well… you’ll have to judge for yourself. 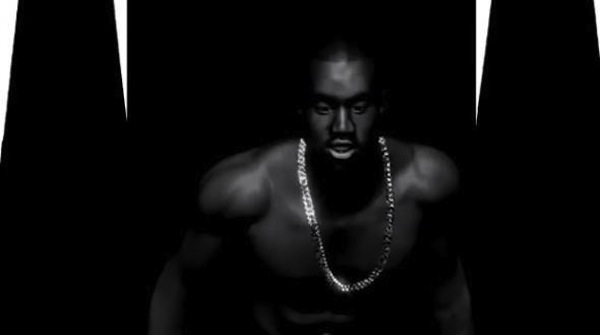 A few weeks ago, we told you about the unfinished version of Kanye West’s “Black Skinhead” video accidentally leaking online. Well, on Monday, West released his finished version to the masses via his website kanyewest.com.

So what’s different? Well, not much.

It’s still very dark and very angry, as it should be. We still have our KKK-hooded men in black robes. We still have the very angry Doberman pinschers. The spiky alien guy is still there as is the computer-generated image (CGI) version of West bouncing up and down as if he is getting ready for a fight.

The title, however, is different. West makes the rules in this show, so he renamed the video “Blkkk Skkkn Head.”

‘Ye announced the video himself on Monday morning with the following tweet:

When you go to ‘Ye’s website, you are greeted with the same image of a press release, which explains that the video was released on Monday (yes, we got that) and it’s interactive (which I’ll get to in a second).

You are also greeted by a big middle finger.

See, to be edgy or something, ‘Ye turned the cursor into a middle finger. I’m not sure who he is giving the middle finger to — us, racism, those really angry Doberman pinschers — but it is kind of fun to flip West off through the whole video. It also reminds me of when I turned my cursor into a dinosaur. Oh, I long for the days of Microsoft’s Windows 95.

As I said before, the press release image explains that the video is fully interactive. Well, yes and no. Now usually when I think of someone making an interactive video, I feel like it’s pandering to the kids — almost like naming your single with a hashtag (yes, Mariah, we are looking at you).

But this interactivity is a bit cool. Once you click on the video, you can slow it down or speed it back up, and you can take a picture of the screen. The press release screen states, “Images can be synched, posted and shared across all online and mobile social platforms for a unique secondary experience of the traditional music video.”

Kim Kardashian gave Kanye West some mice for his birthday? >>

So “fully interactive” means I can take a screenshot of the video and put it as my Facebook status? Call me a bit old fashioned, but while the interactive part is cool, to me fully interactive means I can rewind, fast forward and put the images in any sequence I want. Then I’ll post my images online.

And while the CGI Kanye has all the Kanye mannerisms that we’ve seen in his performances, I feel like this is an example of a piece of technology that we will look back at and be surprised by how bad it is — like watching a movie on VHS. While the finished project is much better than the leaked version, like I’ve said before, if you are going to do an entirely CGI’d video, it better be as good as Pixar, because that is what we are used to.

Can you find the Pixar Easter eggs? >>

But music videos don’t have the time or the money that Pixar does, so for a music video, it’s pretty good. Although, since it is CGI, as a part of the interactive experience, I would like to be able to change the camera angle and see West from every angle. Maybe next video.

What I will say for ‘Ye is that he is pushing the envelope. He released the black and white video for “New Slaves” by projecting it onto walls in different cities around the world.

As for “Blkkk Skkkn Head,” for the full experience, middle finger cursor and all, you will have to go to kanyewest.com. For the video without the “full interactive experience,” you can just watch it below.

Check out the video and then let us know what you think. Does Kanye West live up to his own hype or is this a fall from grace?