MTV has become a hub of all things pop culture: movies, reality TV, fashion and politics. But the Video Music Awards remain their most popular, showy and fun broadcast all year. In 2013, celebrities will crash Brooklyn, New York, to see who wins best singer, best performance and, of course, the best video of the year. After that, everyone goes out and parties! 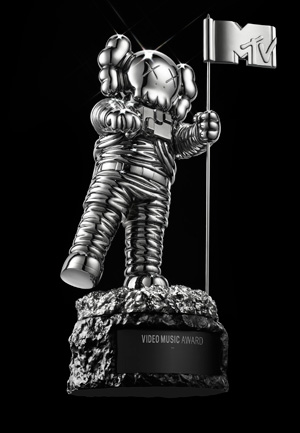 Rock stars live the life. They party, they get to go to cool awards shows and, afterward, they go to amazing events!

If you’re anywhere near Brooklyn on Aug. 25, the city is going to be alive with the sound of eating and drinking. Near the Barclays Center where the awards show is being held and out into the city, music, movie and sports stars will be eating and drinking like kings, but there’s a lot more that goes into the VMA after-party scene than just heading to a nearby eatery. Some celebrities score invites to insider parties while other A-listers decide to throw their own dinners with exclusive guest lists. Yes, VMA night is one rife with eating and drinking possibilities.

When one thinks about true after-partying, official after-party events are the first things that come to mind. In years past, the official VMA after-party was In Touch Weekly’s Icons & Idols party. This event has drawn some of the biggest and brightest stars to its fabled ranks and serves them some of the trendiest cocktails and eats in the business. Presentation is king at the In Touch party, with neon martinis and fancy signature appetizers being almost as photogenic as the music stars themselves. Strangely, enough, at last year’s party, nonalcoholic beverages were also being passed out, which is a nice change for a night known for its chemical-induced shenanigans.

As New York City Mayor Michael Bloomberg readily points out, there are a lot of local eateries in Brooklyn at which the stars can dine. This includes six Zagat-rated restaurants within walking distance of the Barclays Center (not that many stars are going to walk) and hundreds of nightclubs, bars and restaurants in the area. Each of these locales will be fighting for the right to host an after-party (or an after after-party), especially with a big named attached to it.

If you’re really cool at the VMAs, you may avoid the whole party scene and head to an exclusive dinner thrown by an elite celebrity with an equally elite guest list. Last year’s big dinner party was thrown by the fabulously enigmatic Lady Gaga, while the last time the VMAs were in New York, songwriter Amanda Ghost held the honors for the most-sought-after dinner party event. Of course, in true rock star fashion, even these private dinner events are sponsored by some of the biggest names in food and entertainment.