Moon Man is an animated feature with a simple story and a lot of heart. SheKnows has an exclusive first look at the film’s official trailer. 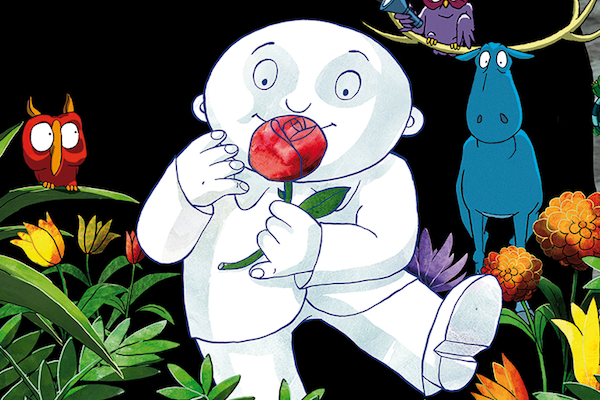 Are you suffering from blockbuster movie fatigue? If so, here’s a perfect change of pace. Today, a new film called Moon Man is making its debut on video on demand (VOD). It’s an entertaining and heartwarming animated movie that appeals to the kid in all of us.

The film centers on the fictional man who lives on the moon. One day, he gets bored and decides to hitch a ride to Earth. He latches on to the tail of a comet, giving the illusion that he’s a creature from outer space. Once he arrives, the natives, including the president, become restless and question his intentions.

Even though Moon Man wants to explore the new land and make friends, his trip has consequences. His absence from his post disrupts the natural order of things. With him on the ground, the world’s children can’t sleep. They need his calming presence in the night sky.

The children and a few adults work together to get Moon Man back where he belongs. Will they be able to outrun all the president’s men? You’ll have to watch the film to find out.

Check out the exclusive trailer below:


Moon Man is based on the children’s book by Tomi Ungerer. The film is written and directed by Stephan Schesch.

Moon Man is available nationwide on VOD, iTunes and other on demand services starting Tuesday, July 23.