Lady Gaga is rolling in the dough. At 27, she’s at the top of Forbes’ list of highest-earning celebrities under 30. She’s joined by a few other pop stars including Justin Bieber. 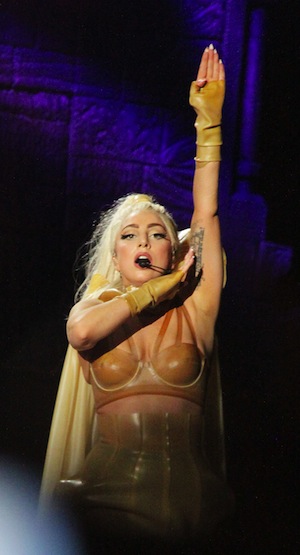 Shortly after revealing the highest-paid actors in Hollywood, Forbes has released another list. This time, it’s their highest-earning stars under 30. It’s filled with entertainers but only one could nab the top spot and she’s a real lady.

Despite stiff competition, Lady Gaga came in at number one. It’s quite a surprise considering she spent most of last year out of commission due to hip surgery. Her “Born this Way” tour may have been cut short, but she still managed to rake in $80 million between June 2012 and June 2013.

Meanwhile, Justin Bieber‘s bad press hasn’t affected his wallet. The pop star came in second on the list with $58 million. He earned a pretty penny from his worldwide tour, plus flexing his business muscle. Bieber is an investor in companies such as Enflick, Tinychat and Spotify.

Coming in at number three is Taylor Swift who pulled in $55 million. The country singer-songwriter’s last album Red (which debuted in Oct.) sold 1.2 million in its first week. She also has big commercial contracts with Diet Coke, Sony and CoverGirl. All that plus she’s been performing on the road.