Warner Bros. stole the show at this year’s San Diego Comic-Con. They shocked fans with an announcement of epic proportions: Superman and Batman are teaming up. 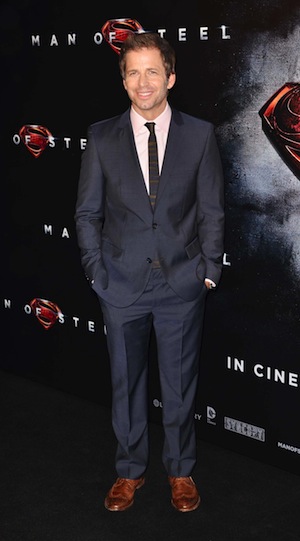 Marvel may have The Avengers, but Warner Bros. has the biggest superheroes of all time. Over the weekend, the studio used Comic-Con as a news-breaking platform. They revealed another Superman movie was on the way but this time, he wouldn’t be alone.

British actor Henry Cavill will reprise his role as Clark Kent/Superman opposite Batman! Yes, the Caped Crusader will share the screen with the Man of Steel. This is a fanboy/fangirl’s dream come true. In the comics, the characters have shared multiple story lines but none have been adapted for the big screen.

Proof Henry Cavill was meant to be the Man of Steel >>

Man of Steel director Zack Snyder made the announcement at Saturday’s Warner Bros panel. Instead of flat out telling the audience, he set a scene. The room went black and the Superman logo appeared on a giant screen joined by the Bat symbol.

According to The Hollywood Reporter, the film has a release date set for 2015. But that’s not all — it will be followed by a Flash movie in 2016 and the long-promised Justice League in 2017. If you’re keeping track of the blockbuster calendar, 2015 is going to be a huge year. That’s when we’ll see the new Star Wars, The Avengers: Age of Ultron and now Batman and Superman.

Christian Bale confirms he won’t be in Justice League >>

This seems like a smart strategy for Warner Bros. But before we get too excited, they still haven’t announced who’ll play the new Batman. As we all know, Christian Bale said goodbye to the hero last year in The Dark Knight Rises. Who could fill his shoes?