No you didn’t misread the above. It’s him or the child. If the baby’s his, then all is well in paradise. Because that’s a healthy relationship to bring a kid into. 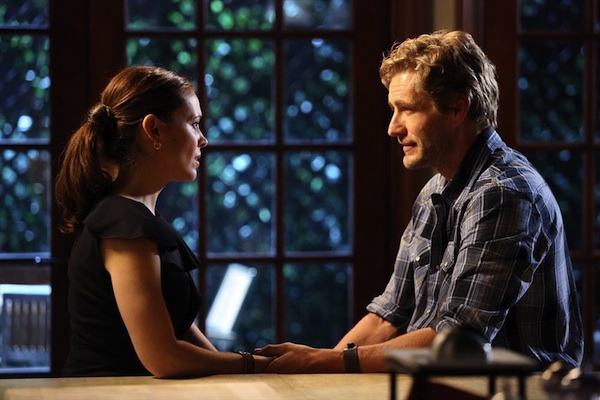 This Harry moment brought to you by Mistresses just about takes the cake for worst ultimatum ever. I know Harry is trying to work through his emotions and all that jazz, but this is just a bit too much. If I were Savi, I would want a divorce at this point.

Savi (Alyssa Milano) asks Dominic to relinquish his rights to the baby if it turns out he’s the father. He’s understandably upset, but she doesn’t know what else to do. She’s trying to figure out what’s best for everyone including the baby by saving her marriage. Dominic refuses to sign anything and let Savi have that control.

Harry says he can picture a family with Savi, but he can’t picture that family if the baby isn’t his. He tells Savi she will have to choose between him and the baby if it turns out he isn’t the father. Um… wtf?! He definitely doesn’t seem to be suggesting she put it up for adoption. Keep in mind, this scene comes right after Savi has a doctor’s appointment where the doctor tells Savi she can hear the baby’s heart beating. I’m all for women’s rights, but making Savi choose like that just seems to suggest to me that Harry no longer cares about Savi’s feelings enough to even think through a suggestion like that. It’s a clear signal to me, at least, the relationship is over. It’s no longer a team effort here. At all.

Savi decides she’s keeping the baby whether it’s Harry’s or not. She wants to work through everything with him despite paternity. She begs him to fight with her for their future, but he says he doesn’t have any fight left.

Savi gets the paternity results and doesn’t open the envelope.

April meets him later at his hotel room and confronts him about everything. Paul says he felt like he’d failed her. Since faking his death, he’s been living with Miranda and Scotty. When Paul found out Miranda was scamming April, he knew he had to come clean.

April calls all the girls about the situation with Paul. They meet and enact a plan to discover the truth.

April cuts Miranda a check at the shop. Just as Paul shows up. Miranda isn’t that shocked to see him so April knows Paul was the one telling the truth. She takes the check back and tells Miranda and Paul to go back to the Florida swamp they crawled out of.

Paul does the opposite and extends his stay in Los Angeles. 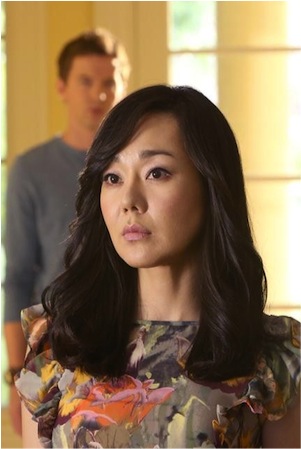 Sam shows up at Karen’s office. He has an appointment with her co-worker Jacob.

Karen confronts Sam in person, and Sam apologizes for the way he’s handled everything. He tells her he’s in love with her and then walks away.

Karen goes and speaks with Elizabeth. She explains that Sam thinks he’s in love with her. Elizabeth suggests Karen tell Sam she was sleeping with his father to break the spell. That’s right, she knows!

Little do Karen and Elizabeth know, Sam was standing around the corner and overheard the entire conversation.

Alex runs into her ex, Sally, while out shopping with Joss, and it brings all sorts of uncomfortable emotions to the surface. Joss comforts Alex with kisses, but it isn’t enough. Alex confesses her deeper feelings for Joss and breaks off their friendship.

At a meeting with Olivier, Joss confesses she’s confused about Alex. That’s right, to Olivier of all people. Surprisingly, the man has some words of wisdom. Olivier tells her he’s confident the two of them will find a way to make it work.

Joss’ brilliant make-it-work plan: suggesting to Alex that they take their relationship to the next level and officially begin dating. She wants to give it a try for real. Doesn’t sound like the greatest plan, and it seems like Alex kinda knows it even though she agrees to the relationship.