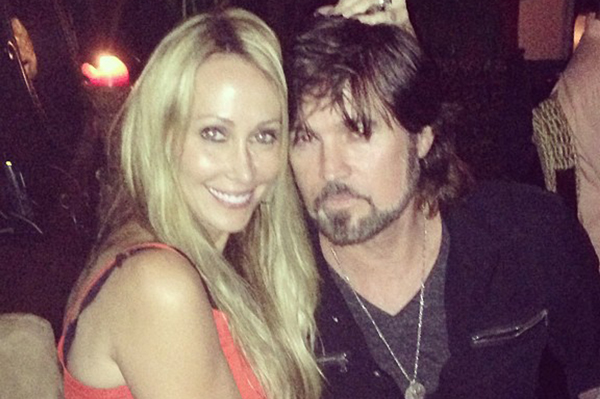 It looks like there’s a happy ending in the Cyrus household: Billy Ray Cyrus and Tish Cyrus just revealed that they’ve decided to call off their divorce for a second time.

“We both woke up and realized we love each other and decided we want to stay together,” Miley Cyrus’ parents said in a statement. “We’ve had rough times but we both realized we didn’t want to be another statistic and wanted to make it work.”

They even celebrated their reunion with a “date night” this weekend — and Tish posted photo proof to Instagram. However, date nights aren’t going to fix the deeper issues in their relationship. To deal with them, the couple has enlisted the help of a marriage therapist.

It’s a wise step, says Carole Lieberman, M.D., psychiatrist and author of Bad Girls: Why Men Love Them & How Good Girls Can Learn Their Secrets.

“By revealing that they are in couples counseling, Billy Ray and Tish will inspire other couples who are having problems to get help,” Dr. Lieberman told SheKnows.

She added that couples experiencing marital trouble should follow the Cyrus lead and get into couples counseling before seriously considering divorce.

Knowing when to see a marriage counselor >>

“In an ideal world, couples should go to counseling before they file for divorce,” Dr. Lieberman added. “Any married couple who have children should feel a responsibility to get couples counseling for at least a year before deciding to get divorced, because divorce leaves scars on children of any age.”

However, don’t expect it to be easy. A good marriage counselor will make couples face the tough questions.

“The keys to success in couples counseling are choosing an insightful and experienced therapist, committing to at least weekly sessions for at least a year, being open to hearing your partner and the therapist, being willing to examine your own flaws  — not just your partner’s, and valuing the institution of marriage,” Dr. Lieberman said.

Sometimes couples will find that counseling won’t fix their problems, but they should continue going to help their children deal with the impending divorce.

“If Billy Ray and Tish wake up after a bad dream and decide they don’t love each other, they still need to stick with the therapy,” Dr. Lieberman said. “We have already seen how Miley reacts to the possibility of her parents’ divorce… and they have put the rest of their children on a roller coaster as well.”

Something tells us that won’t happen this time.

Do you think marriage counseling will save Billy Ray and Tish Cyrus’ marriage? Sound off below!

Tamera Mowry: I lost my virginity at 29… no regrets!
Wait, we thought Adam Levine was against marriage?
Celebrities and online dating: Who does it, who wants to