The actress and her husband have been together for 13 years and are still happily married. Catherine Zeta-Jones thinks she’s found the secret to success…

Catherine Zeta-Jones has been in a loving relationship with her husband Michael Douglas for more than 13 years. So, what is the secret to a blissful marriage? Well, the star has explained the secret as having respect for each other and ensuring that you are both given the right amount of “space.” 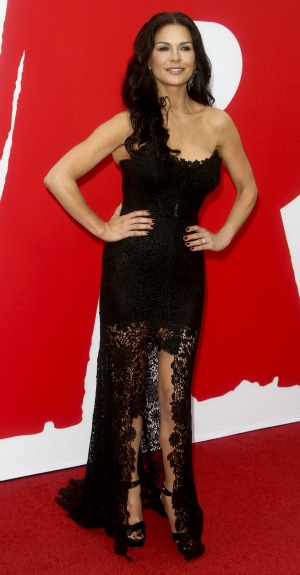 Despite a 25-year age gap, the couple are still happily married. The actress recently told the Sunday Telegraph that the secret to a successful marriage is, “Respect, space and a sense of humor. We spend a hell of a lot of time together, so we are careful to maintain our space.”

We recently had an extension built, to house a closet. It’s like the Tardis [the time machine from the sci-fi series Doctor Who] — I go in there and never come out.”

“My husband knocks on the door and says, ‘Can I come in?’ But I’ve got a TV in there, and my daughter brings her friends in — they play shop, put on all my stuff. I could be in there for the whole day, happily.”

Zeta-Jones went on to describe how the couple’s differences help them maintain a constantly happy and healthy romance.

The actress told the Sunday Telegraph newspaper’s Stella magazine, “Michael is a schedule freak. He’s constantly looking at the calendar and meticulously checking dates and organizing weekends. I just wake up and say, ‘What shall we do today?’ I’m very spontaneous.”

“Given the age difference, what’s remarkable is that we are so similar in so many ways. We have a laid-back, easy-going relationship.”

When Zeta Jones and Douglas married there were several skeptics who declared the marriage would never work because of the age difference. Now, they are 13 years along and the couple are still as happy as they were when they got together, despite having to deal with Zeta-Jones’ bipolar disorder.

Congratulations to the happy couple. It is always pleasing to see relationships thrive in Hollywood!