Welcome back to September 2011. Let News Night refresh your memory. 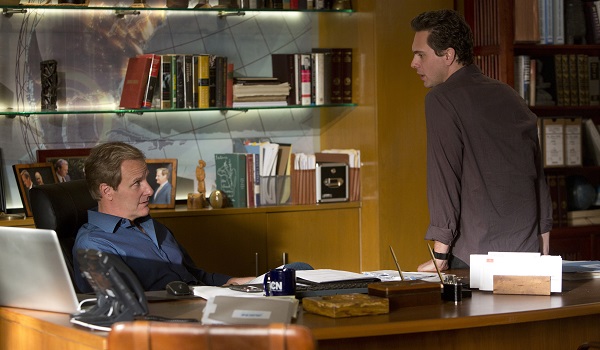 Things are continually falling apart for Will McAvoy and his News Night team and that doesn’t change this week. If anything, it gets worse.

First up, is Neal (Dev Patel)… because I love him and he’ll always come first in my mind. Last week, Neal eked his way into one of the initial Occupy Wall Street meetings. He found only a smattering of people, some mixed demands and one hostile but intriguing girl anti-leader. This week, things were much more intense, though. Despite not being taken seriously by the rest of his co-workers, Neal senses something big is about to break and he wants to be in on it from the very beginning. When he shows up at yet another Occupy Wall Street event, things heat up fast and Neal finds himself with a cop, who turns off his camera and then hauls him off to jail.

Luckily, Neal has kind of an amazing boss. Will McAvoy (Jeff Daniels) could have sent any of Neal’s co-workers to pick him up from jail, but instead he goes down to the station himself and goes off on the officer in charge. Among his varying rants: the meaning of a justifiable arrest, drone strikes and Troy Davis, the Georgia man convicted and executed for murder, despite shaky evidence.

That’s some pretty interesting discussion material, especially when you consider that McAvoy refused to do much reporting on either of those subjects. It’s not that McAvoy isn’t interested in either of those issues, but he has major beef with covering them. The drone strikes refer back to an American citizen and terrorist by the name of Anwar al-Awlaki who was killed by a drone. The way the government handled al-Awlaki’s guilt was absolutely wrong. But if McAvoy took to the news to say that, it would only end in even more people calling him unpatriotic and wanting to burn him at the stake.

What we learned about the media by watching The Newsroom >>

Don (Thomas Sadoski) takes a vested interest in the Troy Davis case. That’s fine, says McAvoy, but they can’t cover it in the way Don would prefer. McAvoy makes a valid point that a lot of news agencies would be wise to keep in mind: There’s a difference between journalism and advocacy. Just because Don is absolutely certain that what’s happening to Davis is wrong, there are issues with discussing it and going all out with the people who are protesting his execution. First, that’s far from unbiased… which the news is supposed to be and, second, there are bigger fish to fry than Don’s pet project. Ultimately, we see Don and McAvoy grapple with the announcement of Davis’ execution. At some point, they must wonder if their voices could have been the ones to stop his death, despite knowing that was incredibly unlikely. 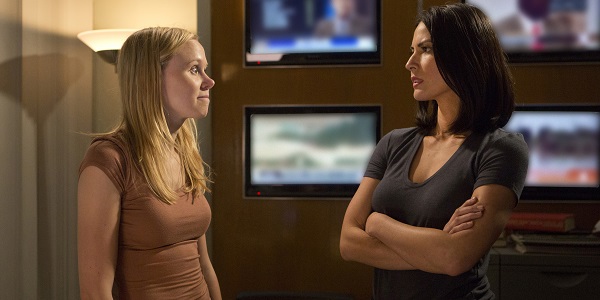 Maggie (Allison Pill) and Sloan (Olivia Munn) are on a chase of their own, but it’s not for news. Using their investigative reporting skills, they’re on a mission to track down the jerk who posted the video of Maggie’s rant to the Sex and the City bus tour. Proving that, seriously, everything you put on the internet is traceable back to you: They find the girl. Sloan tries to use her tens of thousands of Twitter followers to talk the girl into taking down the video. Sloan will tweet out to all her followers that she loves the girl’s fan fiction if she’ll take down the clip. The girl agrees, but then doesn’t remove it. What a B!

For more entertainment news, you should definitely sign up for our newsletter >>

And then there’s the new guy, Jerry (Hamish Linklater), who is still hot on the trail of his Genoa tip from his panelist, Cyrus. The tip: The U.S. military dropped Sarin nerve gas from a helicopter on civilians during a black ops mission to extract Marines who were taken hostage in Pakistan. At first, MacKenzie is wary of the news, not wanting to end up in a libel case. Eventually, though, Jerry secures a Marine who is willing to be a source for the story.

Ultimately, this will be the story that brings the News Night team to court and to meet with the lawyers. At the moment, though, they just think they’ve stumbled upon something enormous. 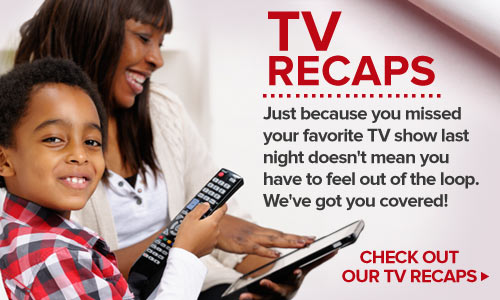