Three years after their ubiquitous commercial hit “Home,” Edward Sharpe and the Magnetic Zeros have a new, “rambunctious” album and are out on tour. 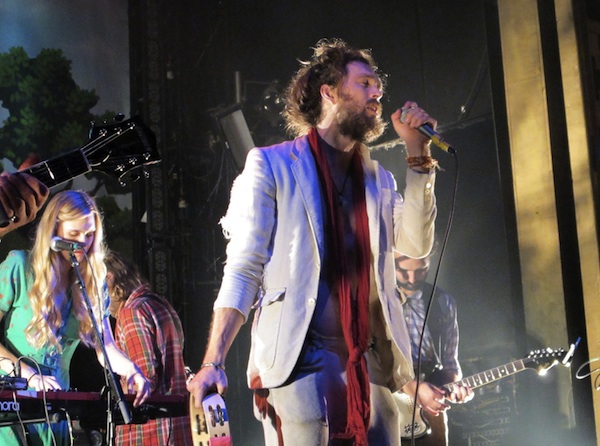 I’m not sure where advertisers would have been without Edward Sharpe and the Magnetic Zeros. The Los Angeles band’s 2010 song “Home” became the go-to song for not only a health insurance company but also the NFL, a cellphone, Levi’s and numerous viral videos.

A wedding playlist for the indie couple >>

Yet with all of this exposure, Edward Sharpe and the Magnetic Zeros remain an unknown gem of a band. Described by many as “indie folk” or “neo-psychedelia,” Edward Sharpe’s music evokes the free love movement of the 1960s.

This week, the band is releasing its eponymous third studio album. In a statement on the band’s website, frontman Alex Ebert states, “These songs mean everything to me — It’s the rawest, most liberated, most rambunctious stuff we’ve done.”

Check out the new video for Mumford & Sons’ “Babel” >>

The 11-member band is known for its rambunctious antics. With an old-fashioned revival feel, concerts are more of an experience, with Ebert’s love of music coming forth like words from a preacher to his congregation.

But don’t take our word for it. The band is on tour right now, and we have the dates for you below. Catch Edward Sharpe and the Magnetic Zeros when they come to your neck of the woods.

Plus, if you aren’t familiar with the band, we have the video for “Better Days” off their new album. Check out the totally ’80s clip and let us know in the comments section what you think about this group.

Beck goes out on tour >>