Not one major death but two on tonight’s episode. One made us cry, and the other made us clap. Still, it doesn’t feel like the dying madness is over just yet. 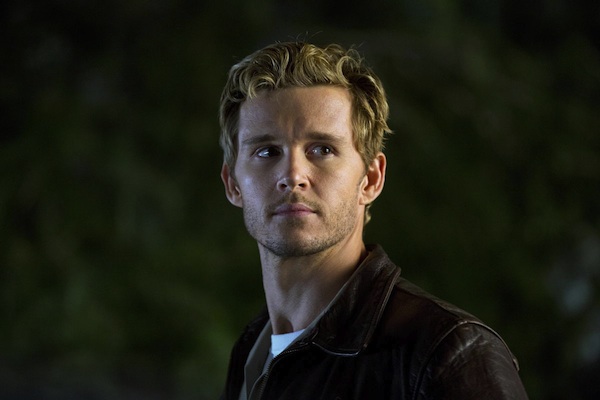 Unexpected would be the buzzword for tonight’s episode of True Blood. Death has cometh and even though we knew it was on its way, somehow it still caught us off guard. That’s the grandeur of the show at this point, we suppose. Just when we think we know what’s coming, we feel completely unprepared for what’s next.

Bill (Stephen Moyer) senses Sookie’s trouble as she’s drowned by Lafayette/her father’s ghost. Bill releases Ben to save her just before she dies. Not only does he make sure Sookie (Anna Paquin) spits up some serious lake water, but Ben also makes sure her father can’t hurt her anymore. Before her father’s spirit leaves, Sookie tells him she never wants to have anything to do with him again.

As soon as Ben saves Sookie, Billith tries to summon him back, but Sookie takes Ben to the faerie plane to keep him safe.

Bill doesn’t understand why Ben doesn’t respond to his summons and goes to find Jessica, but she’s gone. He realizes she’s been taken by Burrell’s men.

Willa proves her worth

Back at Vamp Camp, Pam knows Eric (Alexander Skarsgard) made another vampire and that makes her want to kill him. We think. Instead, they both jump to where the FBI guards are looming and stab them. As payback — again — Burrell locks Eric in a cage and shows him Nora. They inject Nora with some new drug called Hepatitis V.

Eric summons Willa and she arrives in full vamp style, knocking out one of the prison guards. Eric dresses in the guard’s uniform to escape. Why didn’t they do this earlier? Eric finds the new Tru Blood factory and realizes all the bottles of Tru Blood are being contaminated with the new Hepatitis V.

Ding, dong the governor is…

It is announced that Burrell is planning to reproduce Tru Blood for the masses so life can get back to normal. Bill knows he’s running out of time before the massacre from his vision and drinks Warlow’s blood, which allows him to walk in the sun.

Bill walks in to see the governor. He is shot repeatedly but just laughs until ordering them to stop firing. The security team then draws their guns on each other and fires. Bill then rips Burrell’s head off. 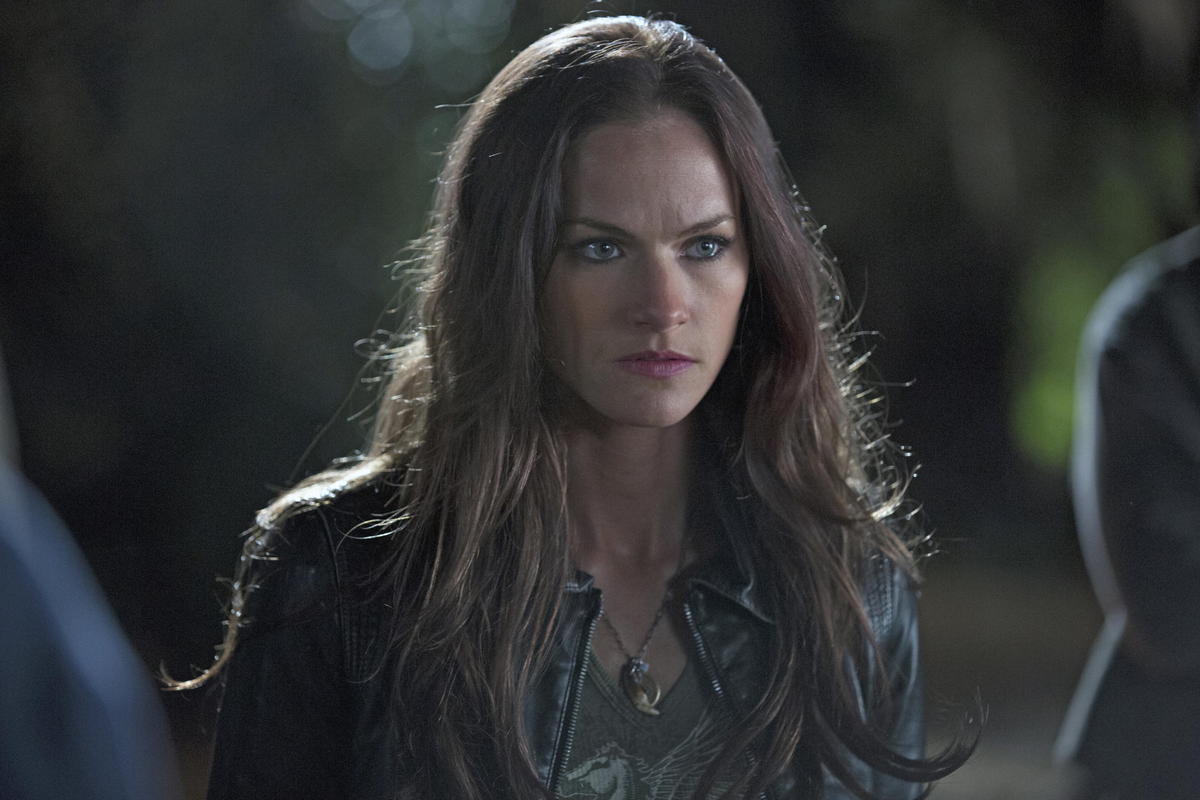 Copulating for science, of course

Jason joins the LAVTF and is joking about vampire killing stories when Sarah shows up. They pretend not to know each other. Once they’re in private, Jason admits to Sarah that he intends to save Jessica. If Sarah tries to stop him, Jason will rat her out.

To prove she’s in control, Sarah makes Jason watch a vampire copulation study. With Jessica. The boy, James, and Jessica try to refuse but James is zapped with UV rays until Jessica consents, but James still won’t do it saying Jessica is a beautiful person. Once Sarah thinks Jason has been adequately hurt by the display, they take the two vampires away.

Terry gets his wish

Terry gives Lafayette the key to his safety deposit box, and the way he does worries Lafayette enough to call Arlene. She realizes Terry’s probably going to try to kill himself. Holly suggests they get a vampire to make Terry forget his troubled military past.

Holly’s friend Matt, a vampire, agrees to help. He compels Terry to forget. (But we haven’t forgotten that Terry already asked his military friend to kill him.)

Things seem better for Terry, and Arlene is happy with his transformation from PTSD. Terry takes the trash out at Merlotte’s and is shot through the neck. Arlene reminds him of the beauty of their family as he dies.

Sookie likes being a vamp tramp

While Sookie has Ben tied to a gravestone so he doesn’t hurt her during the night, he confesses his love and vision for their future as faerie vampires living happily ever after.

Sookie comes to terms with her vamp loving status. After allowing Ben to bite her, she bites him and drinks his blood back. Then she unbuckles his pants, and you can guess where it goes from there. As they’re doing it, this faerie light emanates from both of them.