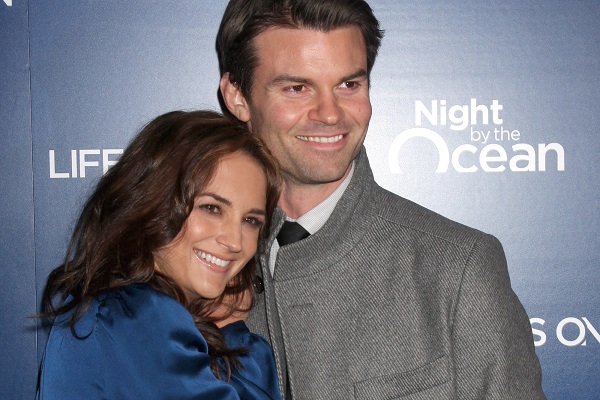 The Vampire Diaries recap: The Originals >>

“It’s quite mechanical,” he explained of on-screen sex. “You know, I’d never dated an actress before my wife and I used to date women who would get jealous of that stuff, which was so odd because when you’re with an actor as well, they know it’s one of the most unsexy things you could do. It’s really not a turn-on.”

There’s a reason why on-screen sex isn’t sexy. Gillies actually described it as a dance. It’s talked about ad nauseum and nearly every move is choreographed.

“The problem is that when you go and do this stuff, it’s so by the numbers,” Gillies added. “This is gonna sound so actor-y, but it’s like dance steps. It’s literally like choreographing a fight. ‘You’re gonna grab me here. I’m gonna kiss you here. You’re gonna drop there…. It’s like dance steps. And then you’ll be in the middle of it and they’ll be like, ‘Hey can you tilt your chin up ’cause the light’s not hitting you quite right.”

“It’s the opposite of sexy,” he said. That may be so, but we wouldn’t mind some choreographed romping with Gillies. Helping to cement his point, Gillies also told us, “Nothing could be more of an erection-killer than cameras around you.”

Keep up with TV news by signing up for our newsletter: We keep it original >>

The first episode of The Originals follows the same time line of the pilot, but with a different viewpoint. The casts have filmed only the first couple of episodes, and it sounds like viewers will not only witness more steamy romance, but also a lot more fighting. Nice.