It’s been a tough week for the cast and crew of Glee with Cory Monteith’s death. Show creator Ryan Murphy speaks up about the show and how Lea Michele is doing. 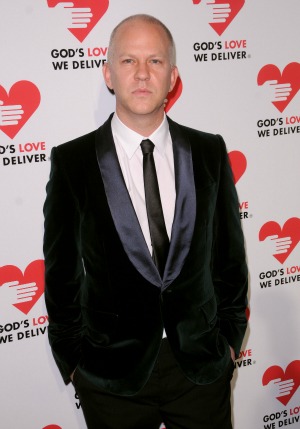 The death of Cory Monteith continues to rock the entertainment industry, not only for the tragic loss but also for the issues it presents for the upcoming season of Glee. In a new interview with TV Line, creator Ryan Murphy talked about the actor’s death and how Monteith’s girlfriend, Lea Michele, is handling his passing.

The producers of the show announced on Friday that the season premiere would only be delayed by one week. Instead of having a Sept. 19 debut, the season will begin on Sept. 26.

Many fans were shocked at the short delay, but Murphy explained why the show decided to do this.

He said, “We just decided that it would probably be the best for everybody to get back together and be working and have grief counselors on set for two weeks, which we’re going to do. But, ultimately, we made no decisions without consulting Lea.”

In fact, it was Michele who encouraged the producers to move forward with the season, since she felt it was best for this TV family to be together during such a difficult time.

The producer continued: “She was very adamant that she thought it was best for the cast and crew to get back together sooner [rather] than later so that mortgages could be paid and people could take care of their families. Cory was so beloved that she felt people really needed to be together in this time. So we sort of followed her lead.”

Monteith’s character, Finn, will be killed off in the series, but his death will not be addressed until the third episode. It will be handled as a tribute to Cory and his work on the show.

“We’re going to take a long writers’ hiatus after that episode to refigure the season and continue to take care of the cast and crew and work on setting things up in Cory’s honor — scholarships, what have you — because that’s something we’re dedicated to doing,” revealed Murphy.

He also shared some revealing information about the intervention that was staged in March that led to Monteith’s spring rehab stint.

The intervention was staged with Michele, Murphy and executive producer Brad Falchuk.

The show creator had some mighty praise for the 26-year-old actress: “I’ve never, ever met a 26-year-old girl or boy who’s capable of doing what she’s done in the past week. I marvel at it. I really have taken — as we all have — our lead from Lea. We won’t do anything that she doesn’t want to do. We’re planning a memorial service this week for the cast and crew and people at Fox, everybody who loved him. She’s been planning that and making decisions.”

Murphy simply stated that his leading lady “has been a rock.”