The lawsuit involving AEG Live and the Jackson family continues as Katherine Jackson took the stand on Friday to defend her deceased son’s honor. 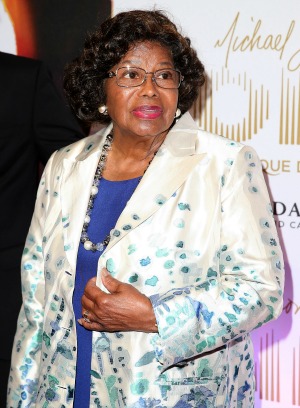 The matriarch of the Jackson family, Katherine Jackson, took the stand on Friday in the ongoing lawsuit brought by the family against AEG Live LLC over the death of her son Michael Jackson. The suit claims the entertainment company was negligent in hiring Dr. Conrad Murray as the pop star’s medical caretaker. Murray is currently serving a four-year prison sentence for involuntary manslaughter.

The 83-year-old told the jurors at the start of her testimony, “My son is not a freak. The most difficult thing is to sit here in this court and listen to all the bad things they say about my son.”

Her court appearance was marked with tears and heartache for the son she lost on June 25, 2009. Jackson admitted that it was her idea to move ahead with the lawsuit.

She said, “I want to know what happened to my son. I leave the spotlight for my children. A lot of the things that have been said [here] are not the truth… [It’s hard] to listen to how sick my son was and nobody was trying to help him.”

In her testimony, the grandmother claimed she was concerned about her son’s schedule. She knew that 50 performances every other night was going to be a challenge for the King of Pop.

“He couldn’t do every other night like AEG wanted him to do at first,” she said.

Even when she expressed her concern to the 50-year-old singer, he would brush aside her worry.

On the stand, Katherine wisely shared, “Sometimes the mothers are the last to know.”

Heartfelt notes from Michael Jackson and his children >>

The mother of nine also talked about raising her musical family and her gifted son.

She reminisced, “When all the kids were dancing around, he was in my arms and he couldn’t be still. He was dancing to the music. And when he started to talk, he would still dance.”

Personality-wise, Katherine also revealed that Michael was the sweet one in the family, no matter how famous he became.

“Michael has always been sensitive and loving,” said Jackson.

The 12-week court case has been a challenge for the family, who have also had to weather Paris Jackson’s suicide attempt. Fans have continued to gather around the courthouse each day to support the family of the pop superstar.

Katherine Jackson’s testimony is expected to conclude on Monday.