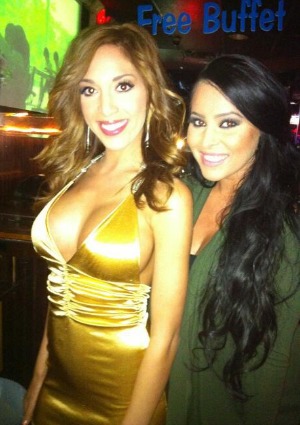 Explaining that she learned from the best, Sinanaj told TMZ, “I may not like Kim, but she was smart and she’s sexy and I look a lot like her so why not make a tape and make millions and get a reality show?”

But it doesn’t matter to the deluded brunette.

“I had a blast that weekend with someone I was attracted to and had chemistry with,” she said.

Sinanaj dated Humphries shortly after he separated from Kardashian, just 72 days into that couple’s short-lived marriage. He allegedly got Sinanaj pregnant during the relationship, but she denied it ever happened.

Courtney Stodden: I have a sex tape, too!
Farrah Abraham tries to justify selling her sex tape
Hulk Hogan breathes new life into his sex tape