The Griffin family is going to Springfield. The Sunday night lineup at Fox will be shaken up, but for one episode only, when the Simpsons appear on Family Guy. 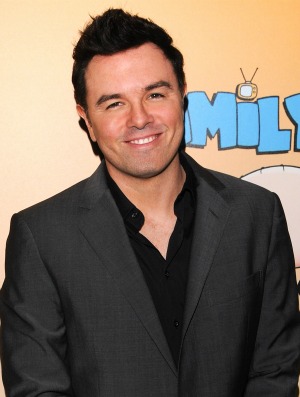 Every modern cartoon fan’s fantasies may be coming true very soon. The Simpsons and Family Guy will be making a crossover episode in 2014, according to Entertainment Weekly.

The crossover will appear on Family Guy, and will happen when the Griffin family ventures in to Springfield, home of the Simpsons family. There, they will meet Homer Simpson, who is happy to welcome his “albino” visitors. The two families then become friends. After all, they have quite a bit in common.

Stewie relates to Bart, and his endless pranks, and Marge and Lois realize how much they have in common. Peter Griffin and Homer Simpson will even argue over which beer they like best, according to EW.

It could be said that The Simpsons paved the way for Family Guy, and many other shows like it. The family from Springfield has been around for 24 years, and has done a lot for cartoons and the modern face of TV. Both shows share the Sunday night lineup, and have become friends recently.

Dan Castellaneta made a cameo in Quahog in Oct. 2012, and Seth MacFarlane returned the favor in May during The Simpsons’ finale for Season 24.

“Fox hasn’t spent this much money since they took Simon Cowell tight T-shirt shopping,” Peter Griffin said in a statement to EW.

Homer Simpson added, “Finally I can get my hands on this guy!”

The episode will be called “The Simpsons Guy” and has snagged all the big The Simpsons cast, including Castellaneta, Julie Kavner, Nancy Cartwright, Yeardley Smith and Hank Azaria.

Both shows will be returning on Fox for their new seasons on Sept. 29. The Simpsons are beginning their 25th season this year and Family Guy is launching their 11th. Family Guy may be following in The Simpsons‘ footsteps by releasing a movie eventually.

The Simpsons to produce episode written by Judd Apatow >>

There is a good chance Fox will do a lot to promote this episode, and they have plenty of time. The episode isn’t scheduled to air until 2014.