Mindy’s love life is looking up! 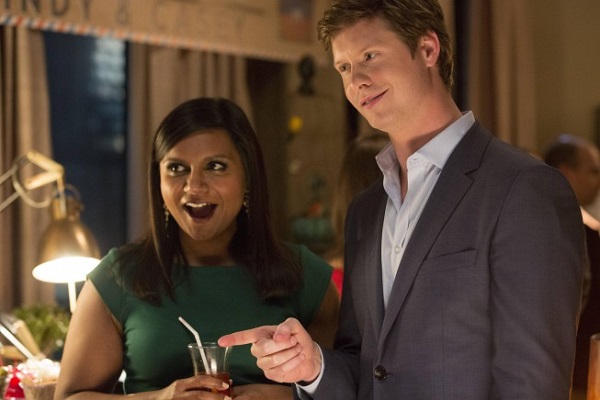 The guys of Workaholics were on tap to talk about the upcoming season of the slacker hit, as well as their new movie. But of course, Holm was asked about his role as the adorable Casey on Mindy Kaling’s The Mindy Project.

“Casey is coming back!” he said. “We get back from Haiti and things are still hot and heavy.”

Hot and heavy, huh? Awesome! We’re ready for Mindy to be happy… and stay happy.

So, aside from the sweetness and sensitivity of The Mindy Project‘s Casey, what’s the big difference between working on The Mindy Project and Workaholics? Aside from admitting he misses “the dudes,” Holm said he can’t curse on the set or when he is improving a scene.

“So, this is like a network show,” he said. “I can’t say the stuff I usually say around the set.”

Nice, Anders. We can’t wait for the new seasons of The Mindy Project and Workaholics. But perhaps most important: Yes, ladies… He’s just as adorable in person.

For all the latest TV news, sign up for our newsletter! >>